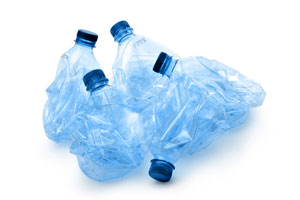 In Oxford Open Learning’s distance learning Chemistry IGCSE course students learn about Polymers or Plastics, and Crude Oil as a raw material for these products. The manufacturing industry surrounding this field plus the R&D that goes with it is huge.

So, when did it all begin?

The molding of plastic like substances began as early as 1845 using three different materials, Lac (a resin secreted by insects from which Shellac is made), Gutta-Percha a natural rubber and Cemented Asbestos. Major disadvantages included insufficient supply of materials and the fact that many molded products were brittle.

The next significant advance was in 1869 when John Hyatt (1837 – 1920) a printer from New York developed Celluloid. This was made by combining Camphor with Pyroxylin, the latter being Cellulose Nitrate derived from cotton fiber. Celluloid could be sawed, carved and made into sheets and was used for making such things as combs and clock cases. Soon after this in 1884 the French chemist Hilaire Chardonnet (1839 – 1924) developed Viscose Rayon which was the first man made fiber used in textiles. It was made from Cellulose by reacting it with Carbon Disulphide and an alkali. Cellophane was a closely related product developed by the Swiss chemist Jacques Brandenberger (1872 – 1954).

The next major Plastic was Bakelite which took some time to perfect. Various chemists experimented with combinations of Phenol and Formaldehyde to produce a resin, but the reaction between these two chemicals was violent and unstable. However, in 1909 Leo Baekeland (1863 – 1944) from New York succeeded in controlling the reaction and produced the synthetic resin Bakelite. He didn’t realize its usefulness, it being Richard Seabury (1883 – 1970) in New Jersey that managed to mold the new material. Bakelite became widely used for making telephones and the handles for pots and irons.

The 1920s saw rapid growth in the plastics industry with chemists learning how to produce Acrylics and Polystyrene. Acrylics are now standard materials for airplane windows. Polystyrene was used for radio and clock cases and for electrical equipment although we probably think of it in its expanded form for packaging or cups for hot drinks.

Nylon is a polyamide polymer, first produced on February 28, 1935, by Wallace Carothers at DuPont. It is a thermoplastic (i.e. softens when heated), silky material, first used commercially in a nylon-bristled toothbrush. This was followed more famously by its use in women’s stockings. Nylon is described in the IGCSE Chemistry course as a condensation polymer made of repeating monomer units linked by amide bonds.

Polyvinyl chloride or PVC, is the third-most widely produced plastic, after polyethene and polypropylene. PVC is used in construction but it can be made softer and more flexible by the addition of plasticizers.  It is also used in clothing, upholstery, and electrical cable insulation. PVC was accidentally discovered first in 1835 by French chemist Henri Victor Regnault (1810 – 1878) and then in 1872 by German chemist Eugen Baumann (1846 – 1896). The polymer appeared as a white solid inside flasks of vinyl chloride that had been left exposed to sunlight. Waldo Semon (1898 – 1999) and the American B.F. Goodrich Company developed a method in 1926 to plasticize PVC by blending it with various additives resulting in a more flexible and more easily processed material that soon gained widespread commercial use.

World War II led to shortages of some materials and so this gave a further impetus to developing new plastics. These included Polyethene or Polythene used for electrical insulation and food wrapping, Silicones used as lubricants and high temperature electrical insulation, and Epoxy used for its strength and adhesive qualities.

In the 1950s and 1960s Refractory Plastics were developed for their heat resistant properties making them ideal for precision electronic equipment in missiles. This involved combining synthetic Mica and Glass.

A contentious issue with plastics is the vast volume which has been produced over the last one hundred years, and the need to avoid disposing of them into the environment where many last for very long periods of time. Much has been discarded into the marine environment where it has collected in oceanic gyres, e.g the Pacific Gyre which is a large area of ocean with circulating currents. Research is at last being carried out into the impact of these large areas of waste plastic and methods for cleaning them up, but this does highlight the need for all of us to recycle and reduce the amount of plastic that we use.

The European Day of Languages
Redressing the Balance 3 : Sophie Germain