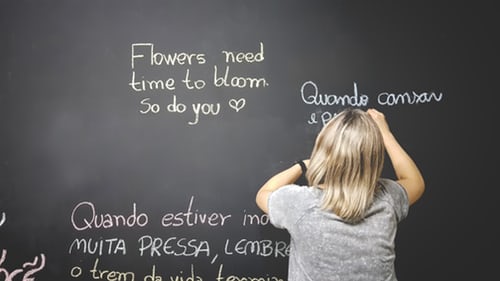 Which are the Best Career Opportunities Learning a Second Language Provides?

Learning a second language can bring so many benefits.

For starters, it can improve your brain function: research shows that young adults who are proficient in a second language performed better in attention and concentration tests.

It can also make you more employable, since bi-lingual job candidates can now tap into the massive pool of jobs requiring a second language both in Britain and overseas.

It can make you richer too, as experts estimate that having a second language can add between 10 and 15% to your salary. There are over 7,000 languages in the world, though, so which one should you choose to learn? Admittedly, 23 languages account for over half the world’s population but that’s still a long, unwieldy list.

What about Mandarin? Despite the fact that Mandarin is one of the most widely spoken languages in the world, experts suggest demand for Mandarin is not high at the moment. It’s also very difficult to learn as a second language and so you probably won’t realise a return on you investment.

If native English speakers want to learn a second language, it’s still prudent to learn a European language that is closer to English. Spanish is now considered to be a more important language than German. This is because of recent multinational, merger activity which has introduced a large Spanish corporate presence into the UK market. Santander, Telefonica and Iberia are all Spanish multinationals who have recently bought or merged with British companies. This has created a lot of exciting opportunities for bi-lingual Spanish English speakers.

Outside of Spanish, German and Mandarin, which are the best languages to learn for your career? According to the world economic forum, the top 10 most powerful languages are:

If you want to look more into the facts and advantages of learning another language, the websites below can help.

The Dark Ecological Tale of The Black Sea…
Gender Imbalances in the UK: From GCSE to Pay Day

I am a practising HR consultant working with several start-ups on an ongoing and ad-hoc basis in the London and M4 area, and am a Chartered Member of the Chartered Institute of Personnel and Development or CIPD. I am the Director of thecareercafe.co.uk; thecareercafe.co.uk is a resource for start-ups and small business. It includes a blog containing career advice, small business advice articles, HR software reviews, and contains great resources such as HR Productivity Apps.