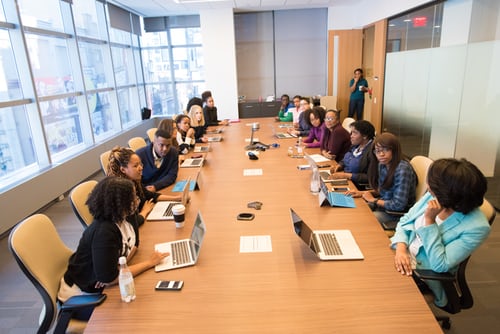 Gender Imbalances in the UK: From GCSE to Pay Day

From GCSE Choices to Pay Gaps

What do male nurses and female civil engineers have in common? Answer: these two groups are the most under-represented by their gender in their respective professions in the UK. It is just one illustration of the fact that there remains an imbalance of gender representation across study subjects chosen, careers pursued and pay gaps in professions in this country.

The figures in the Gender Equality Monitor report published by The Government Equalities Office’s (GEO) indicate that subject preferences amongst genders are formed in early education and continue through to University. Here are some of the key findings from the report:

From GCSE to A Level

Female students are particularly underrepresented in IT and Computing subjects, constituting only just over a quarter of entrants for GCSEs in the field (including just 20% in computer science). This despite the fact that females tend to outperform males in both GCSE Maths and Science. Though the ability is clearly there, it’s not being realised or pursued.

In similar fashion, male students are shown as underrepresented in Arts and Foreign Languages subjects. In these. they made up only between 37% and 43% of entries respectively.

From A Level to University

At A Level there are gender differences in the types of sciences studied. Female students made up 38% of entries in Maths subjects (including Further Maths) and 63% of Biology entries, but only 22% of Physics entries.

Although the number of female students studying Computer Science at A Level has been increasing over time, overall, the percentage of entries in IT and Computing subjects has fallen. Females currently represent just 17% of all entries.

Male students made up around a quarter (26%) of A Level exam entries in English subjects, a third (33%) of Arts subjects and just over a third (35%) of Foreign Languages subjects.

At University level in 2017/18, the representation of female first year enrolments in Science subjects is strong at 67%, compared with 58% of enrolments overall. However, the choice of subject by gender is interesting; as a group female students made up 79% of subjects choosing medicine but only 45% opted for physical sciences.

Once again male students dominated in the subjects of Computer Science (82%) and Engineering & Technology (80%) but made up less than a third (30%) of English & Foreign Languages students, with just over a third (36%) of enrolments in Arts subjects.

From University to Career

Following on from A Level study, academic imbalances across subjects appear to translate to gender imbalances and pay gaps across many professions, according to the Gender Inequality & Imbalance In Business: 2020 UK Facts & Statistics*. The top four professions with the greatest gender imbalance are:

So what can be done to close the gap? Perhaps we should look to what is considered one of the most gender-balanced nations, Iceland, who are ranked number 1 in the World Economic Forum’s Global Gender Gap Index. This index measures across four categories: Economic Participation and Opportunity, Educational Attainment, Health and Survival and Political Empowerment. If anyone can give us some advice on how to change current patterns and attitudes around the issue, it could be them.

Which are the Best Career Opportunities Learning a Second Language Provides?
Has A-Level Music Lost Its Mojo?