The History of Black Gold 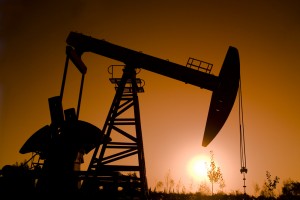 There are many examples of the use of crude oil or petroleum through history going as far back as Egyptian times when mummies were coated in pitch (a natural asphalt). The Chinese found natural gas (often associated with petroleum) when drilling for salt as far back as 1000BC and they used it for fuel. American Indians used petroleum for fuel and medicine hundreds of years before the white man arrived.

By 1750 many oil seepages on the surface had been found in New York, Pennsylvania and West Virginia. Wells drilled for salt often produced oil and the Saltmakers generally regarded the oil as a nuisance! About 1847 Samuel Kier of Pittsburgh began bottling petroleum for medicine probably as an elixir, a cure all type of product. The frontiersman Kit Carson collected oil from seepages in Wyoming and sold it to pioneers as axle grease.

Some historians believe that the oil industry started in Romania as they produced about 2000 barrels of oil in 1857 from hand dug wells. However, the beginnings of the oil industry on a large scale is regarded as starting in 1859 when Edwin L. Drake drilled his famous well at Titusville in Pennsylvania.

The story of Drake’s well began in the early 1850s. George Bissel a businessman from New Haven, Connecticut saw the possibilities for using oil as a fuel and lubricant. In 1854 he and Johnathan Evelith of New York City formed the Pennsylvania Rock Oil Company to produce oil on a farm Bissel had rented near Titusville. They tried drilling in the same way as the Saltmakers, but they went bankrupt. In 1858 another group of businessmen commissioned Drake who was a railroad conductor to drill a well, and they formed the Seneca Oil Company. Drake used a wooden rig with a steam powered drill. Drilling started in June 1859. The well kept collapsing and flooding with water. Drake’s innovation was to drive an iron pipe into the ground and drill through the inside of the pipe, thus casing the hole and stopping it collapsing. Oil was struck at 69.5 feet on 27th August 1859. Drake put a pump on the well head and 10 to 35 barrels of oil were pumped out per day. The oil sold for an incredible $20 a barrel. Almost immediately other groups drilled nearby and the price quickly dropped to $10, but still a good price.

By the 1860s the Pennsylvania hills flowed with oil and a black gold rush was on. Just like the gold rushes thousands of men were attracted to the area drilling thousands of wells. Crowded boom towns of tents and shacks sprung up almost overnight. Oil was carried away at first on wagons and then on newly built railroads followed shortly afterwards through the first pipeline in 1865. This pipe was 5 miles in length from an oil well to a railroad. More pipelines quickly followed and armed guards had to be provided as railroad owners sore them as a threat to their businesses.

The black gold rush then spread in the 1880s to Kentucky, Ohio, Illinois and Indiana. Oil was then found in Kansas in 1894 and in 1901 large scale oil production began in Texas with the opening of the Spindletop oilfield near Beaumont. By this time 64 million barrels of oil a year were being produced. The USA lead the way in oil production and a flavour of this early development can be gained through watching the Hollywood film titled “There Will Be Blood starring Daniel Day-Lewis.  The black gold rush spread to other parts of the world in the early 20th century oil being found in Iraq in 1927 and Saudi Arabia in 1938. To this day the black gold rush continues due to our never quenching thirst for this resource.

Changing the goal posts?
Deadlines for entry for Summer 2013 exams