The Rise of Sterling: For good or ill? 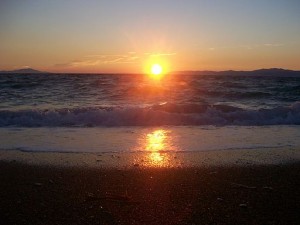 Holiday Prices in Turkey have fallen dramatically thanks to the rise in value of Sterling.

The British economy is recovering faster than expected, whilst countries in the Euro zone are still suffering from high levels of unemployment. Austerity measures in those countries are holding down prices, and inflation in the zone has fallen to 0.4% – dangerously close to deflation point. The global economy is sluggish in general, yet at the same time the value of Sterling has risen against a whole raft of currencies.

All this is good news for those going on holiday abroad this summer; their foreign currency will buy more goods at cheaper prices than in previous years. Meals will be cheaper, and it will pay to shop rather than to sleep on the beach. Spain looks particularly attractive, whilst prices in Croatia and Turkey are down by about a fifth on last year.

However, all this is bad news for British manufacturers selling their goods abroad, as the profit earned there is currently less than it was in 2013. At the moment, profits earned in export sales are declining. As the value of Sterling rises against other currencies, export firms move towards a sharp decline in profit, which will have a serious impact on such international firms as Rolls Royce, JCB and BAE Defence Systems, all of whom do a high percentage of their export business in the Euro zone and America. The same is true of firms attempting to boost exports throughout global markets.

Britain’s overall balance of payments defecit is one of the largest in the world and is likely to get considerably worse. The IMF has long argued that Sterling is overvalued. Spending by visitors to Britain last year was in the region of £21 billion, in contrast to Britons spending £34 billion. This gap of 13 billion is likely to grow as tourist numbers decline and those that do come actually spent less.

This is not good news for the chancellor, who has strongly supported a manufacturing export driven recovery. The continual rise in value of Sterling also raises problems for the Bank of England’s decision to raise interest rates or, alternatively, maintain them at their present level. Any rise will eat further into profitability and will kill off a further decline in unemployment and wage rises. Time, then, to enjoy another foreign holiday while you can.