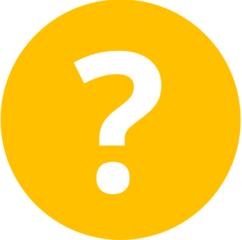 Grouped on Ability: Are Sets Helpful or Harmful?

Confidence is key to a good education. Without it, learners of any age or ability can find themselves falling behind with their studies.

There’s no way around it; believing in oneself is the first step on the road to achievement. However, time and again school sets can make students feel ‘defined and demoralised’ by whichever group they’ve been placed in. Of course, this isn’t necessary. Learning should be an inclusive activity and children should be encouraged to explore their talents rather than be told what they’re capable of before they’ve even started. Those allocated to the lower ability sets may feel that their fate is already decided before they’ve sat the exam, submitted a piece of coursework or even picked up their pens and opened their notebooks. If their mind is set on failure, then all they’ll know is failure. This isn’t a productive mindset to have, but some sets do have a hand in perpetuating such beliefs.

Problems arise with the higher ability groups too. There’s infinitely more pressure to succeed in the higher sets, to the point where the mental health of pupils can steadily decline if they achieve anything less than their predicted grades. Once overbearing teachers and parents are added to the mix, things can spiral out of control very quickly. The whole process can use stress and fear-mongering to inspire motivation, rather than care and empathy.

Is it justifiable to outright tell children that they’re either smart or stupid? Is attitude and hard work less important than intrinsic talent?

There’s no sense in pushing young people to breaking point or giving up on them if they feel at a loss in their studies. A middle ground can undoubtedly be found here; encouraging learning amongst all pupils equally and listening attentively to those in distress. Under the right circumstances and treatment, it’s possible for pupils to want to learn instead of being made to or left behind.

Startlingly, these arguments stretch right back through the years. One learner in 2005 referred to one of their school sets as a ‘psychological prison’, illustrating just how long-lasting the issue really is. Sets have been stigmatised in some schools and have influenced how children think about themselves, and it’s gone unchecked and without intervention. In certain institutions, sets will be more important for a school’s results to look good than for a child’s worries and concerns to be addressed. This may even go on to impact their confidence in their adult lives too.

Set learning can be necessary, so long as it’s conducted properly.

This can be done largely through good communication with students. Informing them that sets are based on how they’ll learn, not if they’ll learn is key. That distinction needs to be made to every young learner disheartened by the set they’ve been placed in. Once pupils understand this, things will improve. They may be more encouraged to ask questions on topics they don’t understand or to seek support if they’re in danger of succumbing to stress and anxiety.

In the end, teaching is about exchanging ideas, and the first is occasionally the most neglected: that everyone has the capacity to learn!