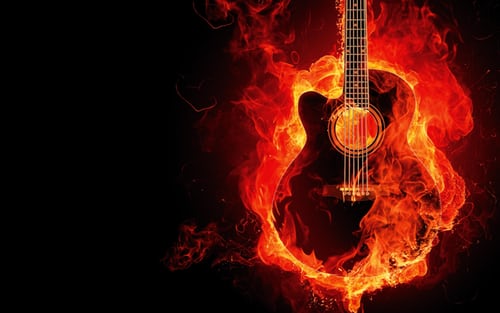 Has A-Level Music Lost Its Mojo?

A recent article in the Telegraph reported that a study has found the average A-level music class consists of just three students. Further figures speak for themselves; One in 5 entries for the subject are from fewer than 50 schools. The commissioners of this study are the Royal Academy of Music and the Royal College of Music, so it is certainly reliable. So, we have to ask ourselves, can students’ interest in A-Level Music be revived? And what could be driving its current decline?

We live in an age of self-publication. It has seen the rise of artists gaining fame from YouTube, including the likes of Justin Bieber and James Bay. There are also those who start out by releasing music independently on their own label, such as Ed Sheeran (who apparently failed at music college). It isn’t just A level learning that has taken a statistical hit as a result, though. If we look at the world of TV, even the musical talent show X-Factor has reportedly struggled to maintain viewing figures in recent years in the face of this change in learning. The growth in popularity of social media and self-publishing has flourished. It also appears that A-Level Music is being shunned in place of other, more “mainstream” subjects.

So, where does this leave the UK’s Music industry? Well, it’s in a pretty good place according to Music By Numbers. Employment in the UK music industry was a record 190,935 in 2018. So we’re certainly not struggling in attracting musical talent to the industry. Nor in creating artists who have a global appeal.

Could it be that the A-Level curriculum needs to evolve to encompass the new kinds of skills needed by today’s self-published artist? It seems that the days of being excited by learning musical theory have been surpassed by a generation growing up with access to self-learning and self-publishing tools on social media.

The growth of well-known self-teaching platforms has undoubtedly played a role in this change in the way music is accessed and consumed. The world is moving fast. As young people see the online musical successes of their peers, it becomes possible to believe that academic study isn’t the only passport to a successful career in music. And this is a sure reality that academia needs to adjust to if it’s to revive interest in a subject that has so much to offer to current and future generations.

It’s time for A-Level Music to come of age; we certainly don’t want to lose the array of valuable skills in performing, composing and listening, and appraising that it can offer its students.

Gender Imbalances in the UK: From GCSE to Pay Day
What Activities add value to my UCAS application?