My Enemy’s Enemy is my Friend 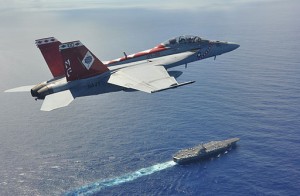 Against a common enemy: The US is allowed air-strikes against ISIS, even by Iran.

The news continues to be peppered by events in the middle east. The numerous nations involved in the current rebel conflicts in the region are often reported on, often quoted. But who is doing what? And is any of it working?

It is tempting to argue that foreign policy was easier to conduct in the 19th century than in the much more dangerous and chaotic world of the 21st. In the 19th century, foreign relations were conducted between governments who, broadly speaking, shared the same values, obeyed the same rules of diplomacy and morality, and who operated from national states with clear boundaries and functioning civic institutions.

Qatar, Turkey, Saudi Arabia and Iran are all rivals for influence in the region and give reluctant support to the West. At the same time, though, they provide clandestine funding to Jihadists fighting in Iraq and Syria. Private individuals in the Gulf States and in the wider Muslim Diaspora, operate on a global scale, channel-funding these fighters via Qatar and the Kuwaiti banking system.

The Jihadists have developed a quasi-state structure with the implementation of Sharia law and a rudimentary tax system. In eastern Syria this controls the supply of oil and water. The local population are dependent on its centralised distribution system; weapons are traded amongst all groups and across all borders, with Kurds and Turks acting as middle-men. What you have in the Middle East are warlord fiefdoms reminiscent of 20th century China. Today’s friends are tomorrow’s enemies.

All this began in 2012-13, when America failed to intervene against President Assad in Syria, and Russia was allowed a free hand to assist his dictatorship with weapons. As far as Turkey and Saudi Arabia were concerned, it was time to build bridges with rebel groups in Syria, at least on a temporary basis. One effect was the formation and development of the ISIS Caliphate, which has grown more powerful and increasingly cruel, to the extent that now other countries in the region have begun to insure themselves against their extremist attacks. But the comprehensive defeat of Hammas and the American support of the Kurds with US air-strikes this year has once again changed alliances in the region. A very hesitant rapprochement between Iran and American support became possible, as did some cooperation between Sunni Saudi Arabia and Shia Iran, long-standing rivals for power. Even Moscow has a shared interest with the West, with ISIS vowing to “liberate” Chechnya amongst other targets.

All of this constitutes an array of strange allegiances; Iran is still burdened with American sanctions, but supports them in their air-strikes against ISIS. The Kurds welcome this air support too, but are unwilling to carry their fight against ISIS into Syria. Russia defied America in its actions over the Ukraine, yet is happy to turn a blind eye to any US intervention in Syria. There is even talk of cooperation with Assad to defeat ISIS. No wonder, then, that there is no clear or decisive foreign policy emerging from either Washington or London.

Britain and the Vote for Scottish Independence
The Advent of Academies