The Advent of Academies 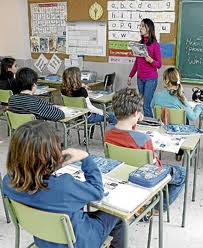 Academies are a fascinating and important development in education and we should all know something about them. The chances are that your local school has become one and that if you teach you work in one. You’ll certainly have heard of them. Over half of secondary schools in England are now academies, though there are less primaries. They are now less an experiment than a change in the education landscape. So what are they?

Academies are state schools funded by government but with increased freedom of action in various areas such as the curriculum. The government website, Department for Education, gives the full details. One of their features is greater independence from local authorities, and often different relationships with their local communities. New partnerships and management systems are being established, including what are known as ‘chains’. This can mean management or sponsorship by trusts, and are often new arrangements that take some understanding.

These schools are said to improve education by raising children’s attainment levels. And we should all be confident that headteachers and their staff involved in this ‘movement’ are professional and creative people. Not for the first time, many of them are relishing their new found freedom and they feel they can do a better job as a result.

All this has happened quite fast, but the changes have been patchy. There has been no overall change like there was with the national curriculum. So don’t feel bad if you’re feeling confused. Many top people In education are feeling a bit the same and there is no end of discussion about all this.

So what are the questions we should be asking about academies?

1 Do they raise educational attainment? There is very little conclusive evidence about this. Yet. The most recent research by the Sutton Trust suggests maybe yes. But not across the board so this argument has yet to be proved.

2. Will they miss their local authority support? They can buy in but but here is some suggestion that academies will tend to work on their own. Do you want your ‘local’ school to be isolated?

3. What about links with the local community? Other schools have local representatives at governor level ¨C which is important in these schools. But with academies this is less clear.

4. Are they inspected? So far individual academies are. But ‘chains’ ¨C the equivalent of local authorities which are inspected ¨C are not. Yet.

This ‘movement’ is something we all need to know about. We don’t know if it’s going to work. But it is an adventure, and we should all look for successful innovations and improvements.