Britain and the Vote for Scottish Independence 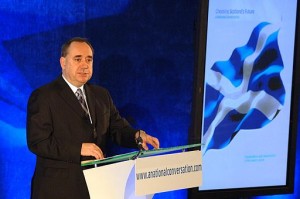 On September 18th, Scotland will vote to decide whether it should remain part of the United Kingdom or leave a union that has endured for over 300 years, and which has brought economic and cultural benefits to both societies.

In similar fashion, in 2017 the British electorate will decide whether they want to remain part of the EU. Considering both decisions together, was it really a prudent political strategy to allow an in / out vote on Europe, and, in the case of Scotland, to allow only a Scottish voice, when the result of separation has such profound implications for both the English and the Scottish people?

A “yes” vote in September will leave Britain a diminished society. The Conservative Government would shoulder the blame and recriminations south of the border. It is likely that David Cameron’s political career would be finished for letting the separation occur on his watch. There would be an immediate fall in the UK’s standing in international politics, particularly in Europe and the USA. Any “Special Relationship” with America would end overnight, in favour of Germany.We would hardly be able to fulfil our commitments to NATO, either.

In the field of Defence, it is calculated that, on the basis of population, an independent Scotland would be entitled to over £7 billion of the UK’s £93 billion defence assets. Defence contractors such as BAE, based in Scotland, would be particularly affected by an independent vote. Our nuclear deterrent would become financially and logistically unsustainable. Our place on the United Nations Security Council could be called into question as well.

The push for Scottish independence is not being driven by innate Scottish hostility to union with England as such. Rather, it is a reaction to specific political and economic policies emanating from Westminster over the past decade. These include a deep antipathy to the Conservative party and coalition welfare and austerity policies in particular. The Scots (especially the young) are also uneasy regarding Britain’s possible opt-out from the EU. Cameron’s isolation in the EU has made them particularly nervous. They see the present arrangements for the distribution of North Sea revenues as unfair to Scotland and harmful in the future, particularly when they look across the sea to Norway and consider the huge contingency fund built up by that country using North Sea oil revenues. Britain failed to instigate such a fund has little chance of doing so in the future.

With some justification it can be argued that successive English governments have neglected both the interests and concerns of Scotland. England has taken the union for granted. By September any new reality might prove too late.

Uniform Nation
My Enemy’s Enemy is my Friend