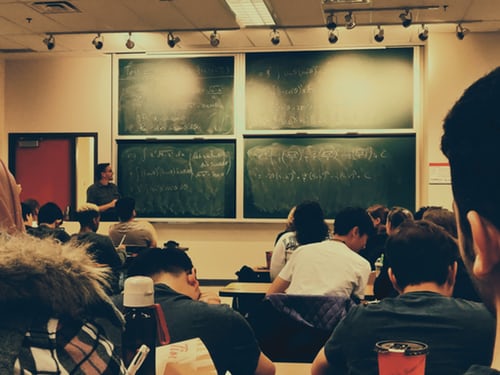 Does Education Ever Pigeonhole Talent?

There’s no denying that education is a good thing. It opens doors of opportunity and gives people young and old numerous advantages in progressing both their professional and personal lives. The more you achieve, the better your prospects, so there’s every reason to knuckle down and get studying! However, because there’s so much riding on a good education, it can be worth asking the question; does education, in sometimes pigeonhole talent instead of nurturing it?

We’ve largely accepted that ‘back to school blues’ are both normal and commonplace. After all, even BBC Bitesize acknowledges the expected woes, nonchalantly providing a list of films to help struggling schoolchildren. But is this dread just a fleeting feeling, or is it something we should pay closer attention to? Often the sensation is dismissed as just a minor, inconsequential feeling. Still, if schools did much more to dispel these ‘school blues’, kids would at least have a more enjoyable time on the premises and may even perform better in their subjects. Schools can be full of quite bland, boring and soulless environments that don’t really relate to the talents and dreams of many kids today, and some changes do need to be made.

Schools need to find alternative, better ways of reaching out to their pupils, and must strive to create an environment that they would want to spend six hours of their time in. For example, more sport and creative subjects may work well here. That way, more kids can play to their strengths, have fun and be proud of the work they excel in, thereafter believing in themselves! There’s the argument that kids should be disciplined and focused, and that is true – but many children will put their best foot forward if they at least feel understood.

Education isn’t just about tests and grades, but also about interaction. Bullying is a big reason many pupils utterly detest their schooling. It’s still as prevalent as ever in schools across the UK and is even rising slightly in relation to religion among other topics. Make no mistake, this is not down to children needing to ‘toughen up’. Bullying destroys their confidence and self-esteem, and often a good education demands both. Some kid’s lives are very difficult inside the classroom, and all it takes is cruel comments to set them on a course of sadness and silence.

Teachers need to improve their skills at identifying the signs of bullying and rooting it out wherever they find it. Misery and mental health go a long way in affecting one’s education. Kids can’t be expected to perform their best when they’re constantly looking over their shoulder or wondering when they’re next going to be mocked, harassed, or even physically harmed.

Additionally, the bullies themselves can also have their fair share of issues. Often, they are being mean to others due to problems at home and in their family. Schools should certainly get more involved here and do their best to support the kids who exhibit antisocial behaviours and develop zero tolerance policies. In the end, the learning environment is only sustainable when everyone treats each other properly. If schools slack here, pupils risk their potential being unjustly stunted.

Swedish teenager Greta Thunberg has been praised and hailed as an icon the world over. She’s interacted with world-leaders, lectured the UN, attended numerous protests, sailed across oceans, hosted TED Talks and really fought her hardest for climate change. She’s 16. Already she has achieved a great deal, and she’s done it all outside of a school – a place where she should have been all this time, in an ideal world.

Yet, Thunberg has drawn the ire and criticism of many for her efforts. There have been frequent barbs of ‘get back to school!’ from her critics. It’s a patronising point to make, but there are nuggets of truth somewhere in there. Thunberg has acknowledged a few of these facts herself in her recent speech to the UN. She’s missing out on much of her childhood, her education, and it’s wrong that she is the person being called upon to lecture adults about climate change. She’s not above schooling. Instead, she’s being forced to set it aside for a literal life or death scenario.

So, are schools fit for purpose where learning about the environment is concerned? Can they be educated on these matters in the classroom, or do they need to keep skipping school to protest and draw their own consensus on what’s going on? Are there any climate myths that can be busted by staff? It’s worth asking if schools can do more to ensure that these young climate activists are getting the right information from the right people; their teachers!

Schools are incredibly important, and no child is above or beyond what they offer. However, there’s certainly room for a great deal of improvement within the institutions themselves. Diversifying subjects, cracking down on bullying, and being sensitive to the concerns of today’s youth are the best ways to positively engage with pupils and better their education.

There are links to sites discussing some of the issues discussed here below.  Top to bottom: On Greta Thunberg, On Bullying and racial persecution in class, The BBC Bitesize Back to School Film List.