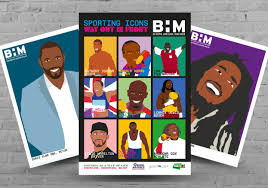 October is Black History Month in the UK, a campaign which has been running nationwide for almost 40 years.

The month was first launched in London in the 1980s to challenge racist attitudes, to educate the public about British history not being taught in schools, and to recognise the valuable contributions that people of African and Caribbean backgrounds have made to this country. Today, the event has expanded to include the history of all black people, throughout all generations.

Some black figures that are particularly celebrated include Rosa Parks, whose refusal to give up her seat sparked the Civil Rights movement, Harriet Tubman, who joined a network called ‘The Underground Railroad’ and helped more than 70 other slaves to escape, and James Somerset, who became the centre of a legal battle that started the end of the slave-trade.

Schools are encouraged to honour the contributions made by Black Britons and to actively celebrate Black History Month in a range of ways. These could be by organising a visit to a museum to find out more about Britain and its part in the transatlantic slave trade, or by hosting a black speaker, event, activity or workshop.

The BBC has also prepared a series of free online resources suitable for both primary and secondary, from KS2 to GCSE in England, Wales and Northern Ireland, and National 3 to Higher in Scotland (directly below).

The resources you can purchase can be found via a second link, below.

Does Education Ever Pigeonhole Talent?
The First School in Britain to Abolish Summer Holidays