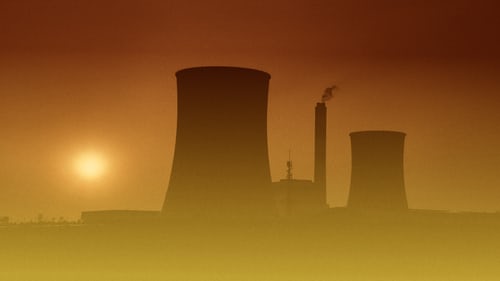 Climate change cannot be disputed. However, neither can it be disputed that Earth’s climate has always changed, slowly but regularly, throughout history. This fact has led some to question (or excuse) human responsibility for the decay in stability of the planet’s climate; if it would have disintegrated naturally regardless. The first question has been answered with a firm “yes” by now. However, the reasoning behind the second is interesting enough to hear nonetheless.

The potential for mankind to impact on climate was first proposed in the 1850’s, by the Irish physicist John Tyndall. He was fascinated by the Earth’s attmosphere and became the first person to examine the transmission of both radiant heat and light via various different gases. This research led him to discover that water vapour and carbon dioxide absorb more radiant heat than the gases in the atmosphere. He claimed, rightly, that it was vital to keep a watch on those gases in moderating the climate. This absorption of radiant heat, he said, was a natural greenhouse effect. Of course, he was widely ignored.

Scientists have provided proof of climate change, as if it were needed, by studying the annual increase in global temperatures. They have shown how this has led to the accelerated melting of the polar ice caps. They have shown that the regularity of extreme natural disasters has increased as a consequence. These include weather events like hurricanes and tornadoes, warmer summers, and larger areas of the world becoming affected by drought.

From Natural Evolution to Accelerated Evolution

Earth has produced ice ages, periods of tropical heat, droughts and floods throughout history, and we have evolved through them. These natural changes in climate have been gradual, though. This slow rate of change has allowed animals, humans and the flora around us to evolve in time with it. In stark contrast, modern climate change has been rapid and unnaturally accelerated. It has become a major problem because the behaviour of humans over recent centuries (in particular since the Industrial Revolution). We have advanced the process to the extent that the planet can’t adjust quickly enough to compensate and regain balance.

It is this increasingly rapid change to our weather and environment that underpins the main argument against climate change being merely evolutionary. Although the Earth does have cyclical climate variation, with us moving in and out of ice ages over somewhat regular intervals- these phenomena simply do not happen this fast. Humans, and our desire for new forms of technology, heat, fuel, light, plastics and massive numbers of disposal goods, are continually adding to the problem.

Forests are disappearing because we cut them down to make more space for housing and industry. This strongly impacts the amount of carbon dioxide in the air, because trees and other plants use carbon dioxide to produce more oxygen through the process of photosynthesis. The fewer trees we have, the less protection we have against harmful greenhouse gases. Hence, the rate at which our world warms rises. Despite this, we see the current Brazilian government permitting, even encouraging, more cutting down of the Amazon rainforest. In Alaska, the US pushes to clear swathes of pine forests to benefit its logging profits. Donald Trump shows interest only in fossil fuels and short term gain. Russia appears to show little interest either, even as summer wildfires burn down its trees in Siberia.

As a spokesperson for the National Centre for Science Education explains, “In the 1950s, scientists began methodically measuring global increases in carbon dioxide. Since then they’ve been able to confirm that the increase has been caused primarily from the burning of fossil fuels (and through other human activities, such as clearing land). This increase, and changes in the type of CO2 being added to the atmosphere provide the “smoking gun” that shows that humans are responsible for the increased levels of carbon dioxide in the atmosphere.” It is an obvious and often repeated remark, but has never been well heeded.

Our planet’s natural evolution has to play a part in the changes we’ve seen in our climate over the centuries. But it only plays a minor part in the mass climate change we are experiencing now. And although it would be very convenient to suggest that this disaster is not our fault and out of our hands, science has proved again and again that this is not the case.

The Ashes and the Empire
Does Education Ever Pigeonhole Talent?