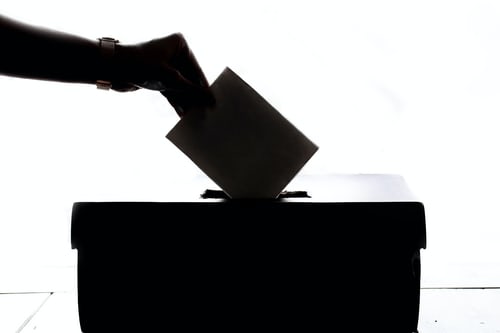 What does democracy mean to you? Perhaps it is something that only happens when you vote. Or maybe it’s something to strive for; a culture where all voices count toward change, championing transparency and equality. It’s a much-used word, but where did it derive from and what does it mean for society at large?

Literally translated, the word democracy comes from the Greek words ‘demos’, meaning people, and ‘kratos’ meaning power, so democracy can be thought of as ‘power of the people’. It is also sometimes referred to as ‘rule of the majority’. The first known democracy in the world was in Athens, Greece, where Athenian democracy developed around the fifth century B.C.E. In the year 507 B.C., the Athenian leader Cleisthenes introduced a system of political reforms that he called demokratia, meaning “rule by the people”.

Democracy, then, is a system of government in which the citizens exercise power directly or elect representatives from among themselves to form a governing body, such as a parliament. However, the Greek idea of democracy differed from that which we have now, given that in Athens all adult citizens were required to take an active part in the government.

In present day, there are four main types of democracies. These are:

Direct – sometimes called “pure democracy”, this is a form of democracy where the people decide on policy initiatives. Voters are able to directly impact specific issues and policies, rather than voting to give a representative or party the mandate to decide upon them.

Representative – founded on the principle of elected persons representing a group of people, such as in the UK. This is the most commonly found democracy in the world today.

Constitutional – the authority of the majority is limited by legal and institutional means so that the rights of individuals and minorities are respected.

Monitory –  a phase of democracy characterised by instruments of public monitoring and scrutinising of government power.

A report in 2020 highlighted that across the previous year almost 70% of countries had recorded a decline in their overall democratic rating score, as covered by The Economist Intelligence Democracy Rating Index; this was largely due to country after country locking down to protect lives from Covid-19. Globally, the average score fell to its lowest level since the index was initiated in 2006.

At Home And Abroad

A 2020 YouGov survey showed that three-quarters of Britons (75%) describe the UK as a democratic country, yet six in ten (60%) complain that they cannot freely say what they think, and a third (34%) feel they have absolutely no say when it comes to how things are run.

In 2020, the top three most democratic nations were an all Nordic trio of Norway, Iceland and Sweden. According to the Sustainable Governance Indicators project which rates the quality of democracy, Norway also falls into the top group worldwide (rank 3) . Interestingly, the two other Nordic nations of Denmark and Finland also rank in the top 10. The UK is currently 16th.

Awe-Inspiring Poems About Autumn
Mary Shelley: A Life Darker Than Her Fiction?