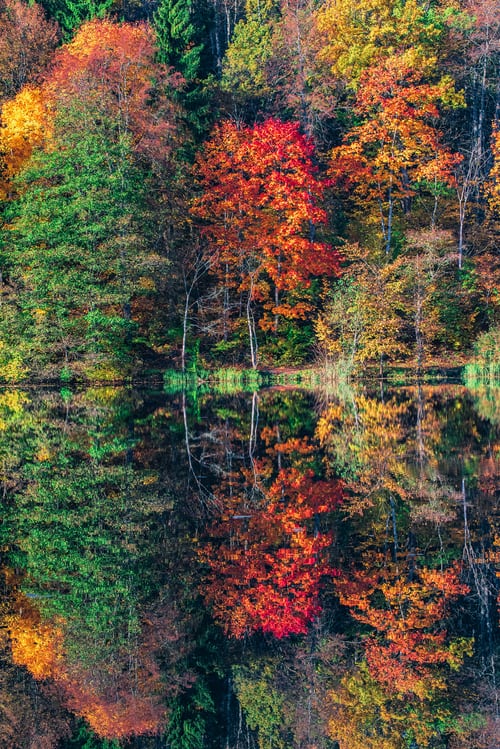 There are many brilliant poems that perfectly describe the autumn in all its glory, with famous lines oft-quoted as the first golden leaves begin to fall, the wind turns chill, and the evenings grow darker.

From Shakespeare’s description of this time of year being ‘When yellow leaves, or none, or few, do hang from boughs which shake against the cold’ in Sonnet 73, to Keats’ account of the ‘season of mists and mellow fruitfulness’ in his dedication To Autumn, the wonder of its physical changes in the natural world have been perfectly documented many times. Yet, it still does not get old.

Sometimes it is impossible not to feel in awe of nature as the seasons shift; it is almost inevitable that there is great inspiration in the transition from icy winters to the warmer days of spring, and when the darker nights of autumn arrive after long and balmy summer days. At this time of year, we are reminded of the temporary nature of the world in which we live and the almost insignificant role we play in it all. No wonder so many writers have been inspired by these changes and used them as tools for discussing something deeper.

In each of the following poems, the authors draw upon aspects of the autumnal world as they express emotions that echo this shift, from something brighter to something that, whilst it may not have the same warmth, remains powerful.

The poem Fall, leaves, fall by Emily Bronte takes these changes to the physical world – primarily the falling leaves – and acknowledges the darkness they also bring through her use of imagery associated with death and ‘decay’. However, rather than fear or mourn these changes Bronte embraces them, noting that ‘every leaf speaks bliss’ and how she will ‘smile’ and ‘sing’ at the arrival of snow and a ‘drearier day’.

In Song for Autumn, Mary Oliver also builds upon descriptions of the physical changes as she personifies the aspects of the natural world to convey a sense of longing that they might have for the solid grounding that autumn brings. She describes how the leaves might ‘dream’ of the comfort of the ‘touch of the earth’ after the ‘nothingness of the air’. This poem perfectly demonstrates a need for warmth and companionship as she describes how the trees are looking for birds to ‘sleep inside their bodies’, embodying that all-consuming pull we as humans feel towards those we love.

This feeling of connection is also echoed by Maggie Smith in First Fall with the closing line ‘I’m desperate for you to love the world because I brought you here.’ The poem uses the perspective of a mother out walking with her baby as a frame for expressing the wonder and power of the world’s ability to transform in this way as she ponders how ‘the first time you see something die, you won’t know it might come back’ – the perfect reminder for those of us who, over time, have come to take these changes for granted!

The Heat of Autumn

In The Heat of Autumn, Jane Hirshfield also uses a relationship in order to approach the way in which the season brings with it change. Through her comparisons of the heats of summer and autumn she demonstrates the ways that autumn lacks the intensity of summer. However, the description of the wife hanging ‘gold buckles with gold’ as she arranges belts in the wardrobe whilst her husband prepares to leave her and ‘calling it pleasure’ shows the ways that the season, whilst less intense, brings with it a sense of certainty and inevitability that is always reassuring.

If you are feeling a little sad to finally say goodbye to any lingering aspects of summer then it may be the perfect time to check out one (or even all!) of the musings of these thought-provoking writers.

How To Keep Up Your Creativity Levels
Deciphering Democracy