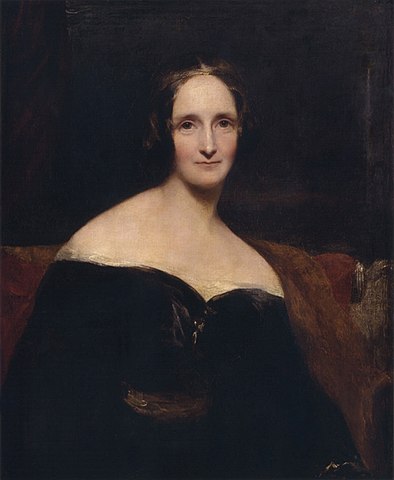 Mary Shelley: A Life Darker Than Her Fiction?

Most of us are familiar with the name Mary Shelley and her most famous work, Frankenstein, even if we aren’t familiar with the details of the work itself. The classic tale (also entitled The Modern Prometheus) is best known for the fascination with the reanimation of the dead by Victor Frankenstein (yes, if you weren’t already aware, Frankenstein is the creator NOT the monster!) and his troubled relationship with the monster he creates. However, the life of the writer was almost as progressive and dramatic as the fiction she created and, although we now consider Shelley to be one of the most influential of writers, this background and the very nature of the novel almost took away from her any recognition at all.

Progressive Parents And The Earliest Of Encounters With Loss

Mary Shelley was born in 1797, and grew up in a restrictive pre-Victorian England. She was the daughter of a philosopher and anarchist, William Godwin, and the woman often referred to as the first feminist, Mary Woolstonecraft. Perhaps it was predestined that she would make waves, then. However, when her mother died two days after giving birth to Mary as the result of an infection passed from the doctor during the birth, she encountered what was to be the first of many encounters with great loss.

Soon after the loss of her mother, Mary’s father began a relationship with Mary Jane Clairmont. Mary and her half sister Fanny (Woolstonecraft’s daughter from a previous relationship with a married man) grew up alongside Clairmont’s own children, Charles and Claire. Mary’s feelings of loss and abandonment at this time dominated all aspects of her life, and she would later say that some of her earliest memories were of being at her mother’s graveside, learning to read by tracing the letters on her gravestone. Instead of receiving the boarding school education that Charles and Claire did, Mary was sent to live with friends of her father in Dundee until the age of 16. It is claimed that the remote location, along with exposure to the progressive scientific and philosophical discussions she was exposed to here became dominant influences in the content of her writing.

Upon returning from Dundee, sixteen year old Shelley met and fell in love with the (already married) Percy Bysshe Shelley and the pair soon began meeting secretly at her mother’s graveside. Whilst her father was considered an early advocate of Utilitarianism, he was unhappy about the relationship and Mary and Percy left to travel through Europe along with Mary’s stepsister Claire Clairmont. There has been much speculation throughout the hundreds of years since relating to the exact nature of the relationships between these three during this time but it has been noted that their rejection of social conventions of the time caused them to be ostracised by many aspects of society. Whilst Mary and Percy did eventually marry after the suicide of Percy’s first wife, the marriage remained unconventional with Percy also engaging in relationships with others outside of it and rumours that he encouraged his friends to approach Mary for the same.

It was during these travels that Mary fell pregnant with her and Percy’s first child. Sadly, the daughter was born two months prematurely and subsequently died. This, understandably, led to spiralling depression for Mary. She later went on to suffer the loss of two other children and a violent miscarriage, and wrote of how she endured haunting nightmares with images of these children. The theme of loss that appeared to hang so heavy in her life was further reinforced when Percy drowned in 1822 in a turbulent storm. He was then cremated on a beach, with Mary retrieving a small part of his heart that remained unburned from the ashes and carrying it with her until her own death in 1851.

With aspects of her personal life overshadowing her work as a writer, when Frankenstein was first published in 1818 without acknowledgement of the author’s name, many assumed that Percy (having written the foreword) must be the author. The dark subject matter and innovative scientific concepts were received as troubling and Mary – concerned that the nature of the text might leave many questioning her ability to care for her children – was not named as the author until the second edition was published in 1821. At that time, many still did not believe that such content could have been imagined by a woman.

Whilst today we can appreciate Shelley’s greatness for the ways that her ideas and writing became precursors to the science fiction genre, we also still find similar fascination in the darkness and disturbances of her personal life and remain intrigued by the life she led.