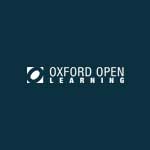 Are Kindles losing the plot?

Without realising it, I had obviously always relied on the progress of the pages moving from my right hand to my left to tell me how far I was from the end of the book.

What can Nicky Morgan, Gove’s replacement as Minister for Education, do to ingratiate herself with the profession? Here are some ideas…

Rule Britannia: Is it really best to only read texts written in Britain?

Michael Gove intends to restrict the texts that are studied at Key Stage 4 English to include only those that come ‘from the British Isles from 1914 onwards’. This seems at odds with the planned English Baccalaureate – that which was meant to broaden the education of our secondary school pupils – as with one […]

Could studying abroad encourage students to take a Languages degree?

Teachers of Modern Foreign Languages might be right to expect a little more enthusiasm and dedication from their students in the future, if recent figures published by the Institute of International Education are anything to go by.   The figures show a large increase in the number of European Master’s courses taught in English – with […]

Is the variety of exam levels and fluctuating sitting ages in the British education system healthy? Would a simpler, more uniform system benefit students and teachers alike? Tricky questions to answer, but worth a try. There is a huge amount of paperwork involved in registering as a teacher in Scotland, if one has qualified in […]

Children and The Great Outdoors

Several recent articles on the BBC’s website have focused on what is seen by some as a worrying trend: the disconnection of children from nature. The appearance of the issue in the news is nothing new, but the growing frequency and relevance of its discussion is significant. The words ‘children’, ‘outdoors’ and ‘learning’ have been […]

Many of the government’s recent changes in education policy have been greeted with opposition. The coalition’s policy on Free Schools, for example, is strongly opposed by the NASUWT  – and the proposal to replace GCSEs with the English Baccalaureate has already been dropped due to criticism by teachers and unions. Now, proposed changes to the […]

The National Institute of Adult Continuing Education (NIACE) has used this party conference season to highlight the role of adult learning in today’s society, calling upon the government to increase their funding to this area in the 2013 Spending Review. According to NIACE, the UK spends less on F.E level education than many other nations […]

Recently, a campaign has been launched encouraging everyone in the UK to learn 1,000 words of another language. The (originally named) 1,000 Words Campaign claims that having a vocabulary of 1,000 words allows a speaker to hold a basic conversation (although presumably it depends on which words you learn), and that if this was widely […]

Getting a tutor to help with your child’s education only used to happen in a limited set of circumstances; generally in the case of a student struggling with their sixth form studies and only ever in the months leading up to the examinations.  Nowadays, though, it’s a different story. The educational charity The Sutton Trust […]