World War One: European society in 1914 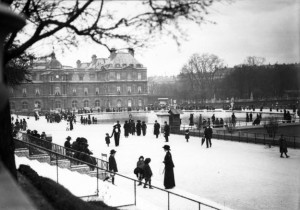 In many ways Europe in 1914 was just like it is now. How life was experienced, particularly in capital cities, then as now depended on the cultural norms and classs divisions of each society. What is surprising is the international flavour of European society before the Great War.

Scientific knowledge and advances in medicine travelled readily across open borders, as did the arts, which were even more cosmopolitan; music, painting, ballet, theatre and literature all thrived. As did international trade in banking services and investment fuelled by the interlocking economies of France, Russia, Germany and the Ci8ty of London. Socialists and trade unionists held regular conferences and meetings – to say nothing of nationalists, anarchists and communists.  International tourism was a growing industry, stimulated by the pleasures and fashions of London, Paris and Berlin. In 1913, London was full of German waiters, shopkeepers, bakers, tailors and cafe proprietors. Similarly, St. Petersburg welcomed German butchers, Austrian bakers and English sweet sellers. In the city’s prosperous streets luxury delicatessen foods were advertised in Russian, French and German. It was widely believed, then, that such “globalisation” made war impossible between the various nations.

Closer inspection, however, reveals that not everything was entirely ideal. Saint Petersburg, as well as being  of imperial splendour, also had a great deal of abject poverty, with working class tenements overcrowded and without sanitation. It is perhaps also worth noting, bearing in mind the events that were to come, that its successful cinema scene tended to show films obsessed with themes of destruction and violence. Paris boasted beautiful gardens and modern department stored, but also the 13th arrondisement below Austerlitz station, where entire families struggled to survive on the streets and sold junk in order to buy food.

Conspicuous consumption and the social and economic problems that did exist pre-war, mirror closely those of our own day. Over-crowding in in cities, the influx of foreign migrants, racial tension and a lack of decent accomodation were all familiar to the major European cities, as were the miseries of low wages and lack of reasonably paid work for the unskilled.

These societies then, whilst flourishing in many ways, all had a darker aspect, certainly if you were of the working classes. The other big problem, which affected everyone, was the issue of communication between cities and nations. Newspapers, letters and telegrams were the methods of the day, and telephone was unreliable. There was an absence of integrated communication, and this had a number of concequences, as would be shown in the days prior to the outbreak of war.

This issue of communication and of people’s initial reactions to the conflict, will be discussed in a second article, to be posted shortly.