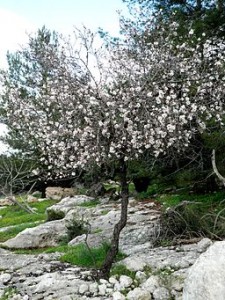 February 14th, the day when all young lovers give their sweethearts chocolates and flowers.

Many believe that Saint Valentine’s Day goes back to the Roman fertility festival of Lupercallia – young things frollicking in the woods and glades, getting up to all sorts of things. Of course, the early Christian Church could not tolerate such goings on, but human nature being what it is, it failed to stamp out the jollities and instead took them over and re-named Lupercallia The Feast of Saint Valentine.

Valentine was a real person, most likely a bishop of the early Church, and as such was prohibited by the Roman Emperor Claudius from celebrating marriage for soldiers of the Empire. Valentine was imprisoned and while awaiting execution, befriended his jailer’s blind daughter, Julia. Mythology has it that Valentine cured her blindness and taught her arithmetic! Another tradition has him writing her a letter the day before his execution, signed “From your Valentine”. On that following day, Friday 14th 270AD, Julia is said to have planted a pink-blossomed almond tree near his grave. Today in many countries, the almond tree, rather than the rose, remains a symbol of abiding love.

In England it was not until 1382, when Geoffrey Chaucer wrote “The Parlement of Foules” that Valentine became firmly associated with romantic love. The poem refers to “love birds” (a common image on Valentine’s cards to this day), written in honour of the aniversary of England’s Richard II engagement to Anne of Bohemia. Both were 15 at the time.

Commercialisation began in America (1847) when an enterprising businessman, Daniel Chase, invented a machine to print messages directly onto candy lozenges. In 1858, love notes made their debut as printed messages on coloured paper tucked into candies shaped like scallop shells.

Perhaps Saint Valentine should be rebranded as the patron saint of dentists and cardiac specialists!

The malaise of Poverty in modern Britain
World War One: European society in 1914