Why the study of History is vital to preventing xenophobia today 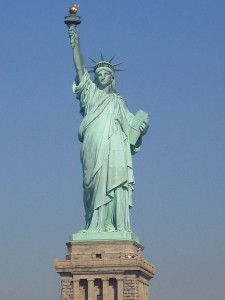 Many British people were immigrants in America not so long ago.

According to the BBC, there were almost 88,000 racist incidents in schools in the UK between 2007 and 2011. Whilst we may have thought such figures as belonging to the past, xenophobia, the fear or dislike of people who originate from other countries has again become a nationwide issue. Inextricably linked to this trend is the surge in people from other countries moving to the UK in recent years, and the current refugee crisis, things that are being used as powerful tools of manipulation by the media and some political parties.

Xenophobia has been fuelled by the recession and unemployment of recent years. People who are disillusioned by a lack of money and find it difficult to get jobs often attribute immigration to be the cause of their lack of life satisfaction. We have all heard the cry of ‘they’re taking our jobs’ from people believing that they would be able to work if it wasn’t for immigrants moving to the UK. Today, immigrants have become a convenient scapegoat to bear the responsibility of all that is wrong with the United Kingdom. In many cases, however, it would appear that immigrants who are working here are often doing the jobs in which low wages, poor treatment and a lack of job satisfaction are common. In other words, they are employed in the jobs that other people are not prepared to do.

Organizations like the British National Party, England First and the English Defence League are frighteningly close to espousing Nazi-esque ideals, yet many accept them as being justified in their beliefs. Young people who study history gain an understanding of the rise of Nazism in the 1930s, and the consequences of these beliefs. This kind of understanding can be vital in breeding tolerance and in diminishing xenophobic attitudes.

People who have a good understanding of history are less likely to adopt the ‘us and them’ mentality that breeds xenophobia. They can appreciate that many countries in the world, including the UK, have been built, developed and enhanced by people who have arrived from other places. Studying history can help to generate an appreciation that we are all immigrants in one sense or another. For example, the many people who emigrated from the UK and Ireland to the United States between the 1900s and 1960s expected a warm welcome and to be able to work to provide for their families. If young people are aware of this, they might be less likely to consider foreigners in the UK as a negative presence.

If people don’t have an understanding of history, they don’t have an appreciation of the mistakes we have made in the past. Learning from those mistakes and injustices in our history is part of our development, and can help to prevent the fostering of attitudes that endanger basic human rights and respect for our fellow man.

How have attitudes to education changed over the last 30 years?
Could Invisibility be more than a fiction?