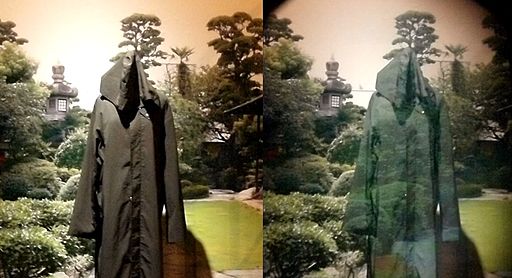 Could Invisibility be more than a fiction?

Invisibility is a concept that can be found in many fantasy novels and children’s literature, throughout the ages. Examples include J.R.R. Tolkien’s Lord of the Rings and J.K. Rowling’s Harry Potter series. Both Frodo (Lord of the Rings) and Harry are able to seek safety by disappearing, using a magic ring and cloak respectively. Interestingly, fictional creation as it may be, such a thing as a cloak of invisibility is now being pursued as a potential reality, in the guise of “Scientific optics.”

When we see objects, we are actually seeing the rays of light that have hit the object and bounced off it, rather like the way radar makes objects visible by using radio or micro-waves that bounce off things in their path. Invisibility can be achieved by engineering highly specialised materials (meta-materials) which have physical properties not found in nature. They are usually made of glass, plastics or electrical insulators, using manufacturing techniques which can be manipulated by state of the art chemistry. Meta-materials are extremely small objects, the properties of which can be used to make light waves bend or curl around an object, thus making the object invisible.

Practical applications are, at present, limited. Also, the degree of invisibility is adversely affected, depending on which angle an object is viewed from, as can be seen in the “invisibility cloak” above. Though it uses advanced optical camouflage, it can still be seen directly. The maths involved in producing invisibility are extremely complex – particularly if applied to large objects with complex patterns.

Even so, the relatively new science of “transformation optics” can now be applied to the building of better radio antennae, the production of more efficient headphones, and improving the acoustics of concert halls and sound recording equipment. In the future, it is expected that structures such as power stations, oil rigs and nuclear facilities will all be protected from potential damages caused by seismic waves (generated by earthquakes) using “invisibility cloak technology.”