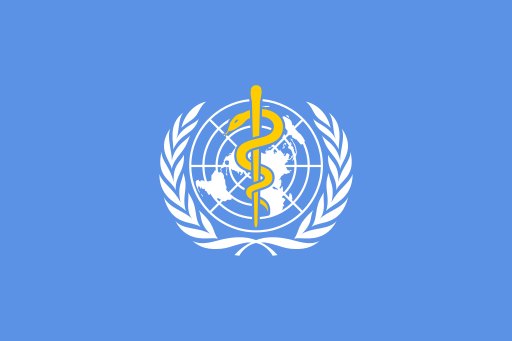 WHO’s taking care of you

Do you know the idea ‘5 a day’? It was and is one of the best known and effective health policy ‘plugs’ of the past few years when the government tried to encourage us to eat more fruit and vegetables. Supposed to be good for our health, it’s known in the trade as a ‘nudge’. It’s not a law or another piece of bureaucracy, it’s quite simply a very good idea, sold very well. Simply and effectively. Everyone understands it.

This particular sell came from the admirable corridors of the World Health Organisation ( WHO, the emblem of whom is pictured above ), attached to the United Nations and with the unenviable task of promoting good health around the world and helping all countries make sure their different populations stay well. Not an easy task, you might think – and you’d be right. It is, after all, the 21st century, and you might well think that what with advances in medicine, science and technology that everyone on the planet should have an equal chance of being reasonably fit, healthy and well fed. Sadly we know this isn’t the case. Many countries in the world find it difficult to grow or buy enough food to feed their populations. But somehow, maybe even worse than that, some diseases linger that you might think had been eradicated. You’ll have heard of Ebola, and possibly Bird Flu, which can affect humans adversely. But did you know that the plague remains a problem? And hepatitis; and yellow fever.

WHO works with over 150 countries to help them try and organise effective health systems. ( Doesn’t this make you grateful for the NHS? ). And they provide online study packs to help people learn about health. But they also recommend self help, which is where 5 a day comes in. It’s not always straightforward. Recently, Imperial College – a top Science and Technology university – came out with the idea that 5 isn’t enough. 10 would be better (though the question does arise: isn’t that obvious already?). Also, some vegetables ( cruciferous ones, apparently, like broccoli and cauliflower ) are better than others. All of which is fine. It’s always good to know these things. But for some people there will always be questions. Potatoes aren’t mentioned, for instance. You still have to careful, even if you are sticking to the plan. Some fruit juices have lots of sugar in them – not so good. Additionally, all this can become very expensive.

However, the principles promoted are good ones. We can all learn to take better care of ourselves, for our health, our wellbeing, and maybe our life expectancy. All we need is a little bit of knowledge, organisation and self discipline. Isn’t that worth having WHO ( and Imperial College ) around for? And shouldn’t we all take their advice?

Journey to Revolution
The man who helped engineer a nation