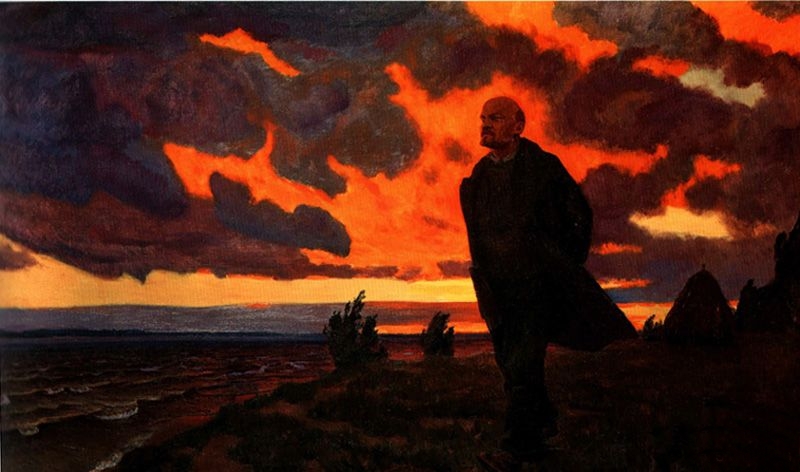 A century ago, in Zurich, a small bearded Russian accompanied his wife and 32 others aboard a train bound for Northern Sweden. After travelling across Germany they would eventually disembark and cross the Swedish-German border, en-route for Petrograd. Vladimir Iylich Ulyanov, better known to history as Lenin, was about to change Russia and the world forever.

The Russian travellers occupied three cold, third class carriages, sitting for hours on hard wooden seats and facing their German minders. The space between them was highlighted by a chalk line struck across the floor. Their sealed train, sanctioned by the German government, was a last, desperate attempt to knock Russia out of the Great War, the hope being that this notorious revolutionary and his Bolshevik party would finally ferment revolution and sue for a separate peace. Germany was holding its lines against the allies of Britain, France and Russia, but knew that it could not do so if further allied forces arrived. Their only hope of success was to counter to the west before further allied forces arrived in the shape of America. But before they could do that, they had to deal with Russia. Lenin was their secret weapon.

The belief in Lenin’s ability to bring down the Russian Tsar was well founded. He led a well disciplined revolutionary party and his call for peace, land and bread chimed exactly with the popular mood in Russia. The Russian army had suffered catastrophic defeats, famine was widespread and strikes were endemic. Bolshevik agitation was growing. In March 2017, Nicholas II was forced to abdicate, placing a provisional government in charge under an ineffectual leadership.

Later that year, in November, the Bolsheviks famously deposed the temporary government, and a new Soviet Socialist Republic was declared in its place.

Things did not settle down after the change in power, however. By 1918, civil war raged across Russia. In 1924, Lenin died from a stroke and was replaced by a man who would become equally famous to the country’s (and the world’s) history, Joseph Stalin. This man set a tone for his years in charge by inaugurating a long period of social genocide. The old aristocracy was destroyed together with the nascent middle class.

The group travelling in that closed, cold train to their homeland with the intention of change would see it done. But whilst Lenin died of natural causes, his fellow passengers would see that change does not always make for the better. They would all either be shot on the order of Stalin or sent to one of his gulags. A history of revolutions having a tendency to consume their own was ignored and they paid the price.

The Ides of March
WHO’s taking care of you