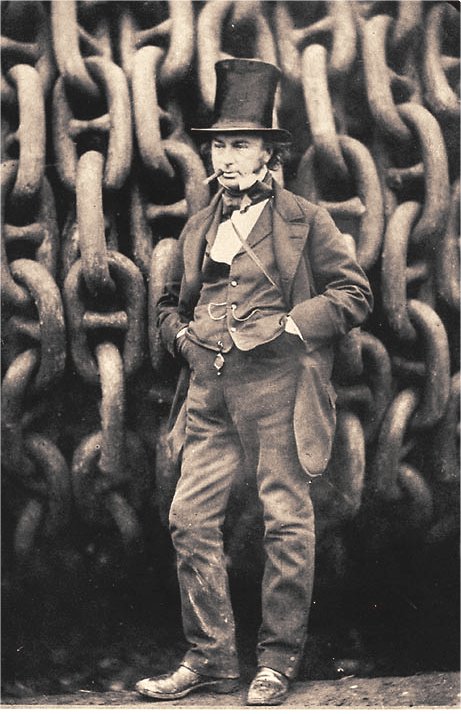 The man who helped engineer a nation

Born in Portsmouth on 9th April, 1806, Isambard Kingdom Brunel was the son of a French engineer who had fled to England to escape the French Revolution. As a young boy, Brunel was educated in both England and in France, though it was in England that he was to learn the trade of an engineer, when he went to work for his father.

After helping his father to plan and build the Thames Tunnel from Rotherhithe to Wapping in 1843, Brunel continued to work on his own designs for future engineering projects.
The Thames Tunnel wasn’t the first architectural design the younger Brunel had worked on: In 1831 he had won the contract to design the Clifton Suspension Bridge across the River Avon in Bristol. Although he had the plans passed in 1831, it took until 1864 for the entire project to be completed.

The Clifton Suspension Bridge is one of Brunel’s most famous landmarks, and it is only part of his work for the railway system in the South West of England, particularly for the Great Western Railway network: another prime example is the Tamar bridge that links Devon to Cornwall.

Appointed chief engineer for GWR in 1833, he immediately began work on the London to Bristol line. Here his famous Box Tunnel was made, near Bath, and so too the large and comples Bristol Temple Meads Station. And further west, his Tamar bridge closed a divide between Devon to Cornwall.

As well as bridges, tunnels and railways, Brunel was responsible for introducing the broad gauge in place of the standard gauge on the railway lines, making it easier for train wheels to both run and be steered. He also designed several ships, including the Great Western, which was launched in 1837. Later came the first steamship that offered a transatlantic service from the UK to America; in 1843, the SS Great Britain was launched. This ship was the world’s first iron-hulled, screw propeller-driven, steam-powered passenger liner. This vessel was followed in 1859 by the SS Great Eastern.

On 15 September 1859, Brunel died of a stroke. He left behind him a legacy of work which made him one of history’s most groundbreaking, responsible for the design of revolutionary tunnels, bridges, railway lines, docks and ships.

WHO’s taking care of you
This Scepter’d Isle