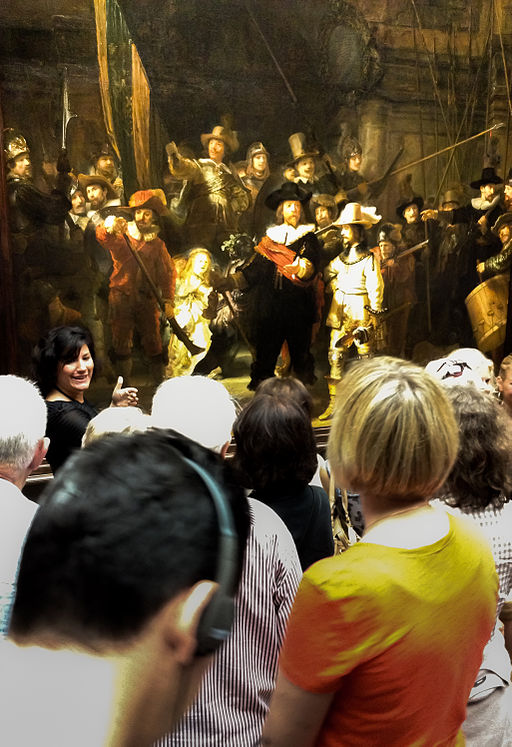 Whatever happened to Awe and Wonder?

I love visiting museums and art galleries, but currently it is becoming increasingly difficult to enjoy them in an atmosphere of respect.

Some now resemble a children’s playroom; in order to view a painting or exhibit, I have, it seems, to wade through out-of-control toddlers in fancy dress. Perhaps the curators think that people are more likely to show an interest in art if they are interacting with it in some overt way, for example by dressing as a character from a painting or joining in a dance based on an event it commemorates. I agree that children enjoy dressing up and role playing and that this should be encouraged when appropriate, but I see no reason, for example, why a recent exhibition about Scott’s journey to the Antarctic should include ski wear and a mirror. It was modern ski-wear, too, so I am at a loss to understand how it would help anyone to empathise with Scott’s predicament. But the copies of his diaries, the accounts of the expedition and the photographs by Herbert Ponting – now that is another story; they can put people in his snowshoes in a way that dressing up never could.

There is a photograph currently doing the rounds on social media which shows a group of students looking at their phones instead of at The Nightwatch. Apologists say that this is because they are accessing further information from the internet. Further information, however, can be ‘accessed’ at any time. What cannot be repeated is the opportunity to sit in front of one of the world’s greatest works of art. We are supposed to be educating children to be part of a nation of free thinkers, so we need to train them to ‘stand and stare’, otherwise we are wasting some of the greatest resources we have as a race.

I honestly believe that we should be encouraging children to go into galleries and museums – and the more the better. But we should be telling them to tiptoe up to a picture, sit in front of it and be inspired. We need to teach them the dying skill of contemplation. We should be showing them the pleasure to be had in wondering how an artist achieved a certain technique and asking them to put themselves in someone else’s position, using that most powerful of tools, their own imagination.

The Untimely Death of Rupert Brooke
Are We Creative Enough?