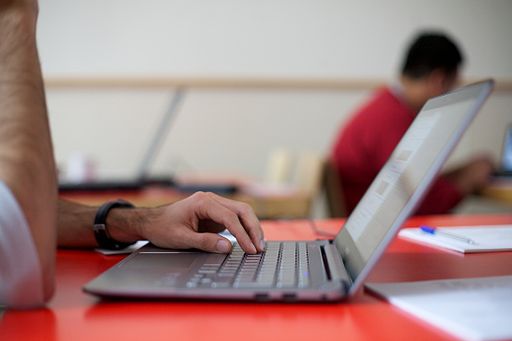 Are We Creative Enough?

The short answer is no. NESTA ( The National Endowment for Science, Technology and Arts – a sort of think tank about what’s new ) is concerned.

In fact, they’ve been going since about 1997 and they’ve been watching our industries, how they work, and what they mean to our economy. They’re bright, well connected and informed, and think in a very modern way. They cover a lot of ground with ideas, calculations, discussions, statistics and even maps. What they’re saying is hardly surprising – that we need more people in the creative industries. Think the arts, computer programming, gaming, architecture and others. Some areas you’re probably quite familiar with, one way or another. Others you see and enjoy. But they’re saying we could be one million people short of where we need to be in those industries within the next 10-15 years or more. This is all part of their ‘Innovation Programme’. And they say they’re looking ahead to 2030. Quite some distance!

They’re worried about several things: one, that too much of this industry is concentrated in the South East of England – London, Oxford and Cambridge universities.( Another accusation levelled at London! ). They say that if these industries do move beyond this ‘magic triangle’, there’s not enough infrastructure to support them. Here, they’re particularly concerned about suitable broadband. They call it ‘digital infrastructure’ and they’re after ‘world beating content, services and apps’. We have to assume that all this is not where it should be. Perhaps you have experience of that? They are used to granting funding themselves and would like to see more funding of research and development – and then they go on to talk about the importance in the UK economy of gaming. How many people do you know who would like financial help developing a good idea in this area?

There’s a note of realism here, though. They’ve worked out that the UK is an international leader in many of these fields, that many of those involved are highly intelligent and creative. They also argue that workers with jobs in these creative and innovative areas are less likely than many others to be replaced by robots. then again, is such a technological takeover a valid fear? Is there a lot of news or discussion about that sort of thing? Do people genuinely worry about that? Their figures are that over 80% of workers in higher level jobs are at low risk of being replaced by robots compared with 40 % of others ! Also, they’ve found that workers in this area are generally happier and have a greater sense of ‘wellbeing’ than others.

If all this is true, perhaps more people will aim to find employment in these creative areas, and perhaps NESTA won’t have to worry so much come 2030. There’s time yet…

Whatever happened to Awe and Wonder?
Thomas Hardy