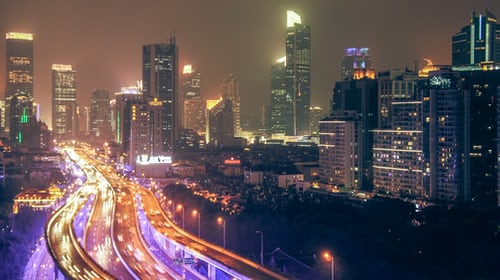 What Is The US – China Trade War All About?

The trade war between two of the world’s leading superpowers, America and China, began in July 2018 and has only been growing ever since. But how and why did it start? And what is to become of it?

The basis for the US-China trade war has its roots in the economical production of the countries. As one of the largest economies in the world, China’s foreign trade increased rapidly after its ascension into the World Trade Organisation in 2001. The US and China’s bilateral trades totalled a staggering US $559 billion in 2019. However, much of this trade was uneven. The US has a large trade deficit with China, and the US trade shortfall rose to US$375.6 billion in 2017 from US$103.1 billion in 2002.

The US and China also imposed trade tariffs on each other, which means that buyers from the other country would pay a higher import tax to bring their purchases into the country. The trade war started when then-president Donald Trump declared that his goal was to reduce the trade deficit with China due to its unfair trade practices, lack of market access for American companies and uneven playing field caused by Beijing’s policies. On the other hand, China believes that the US is trying to suppress its rise as the world’s economic number one.

The four years of President Trump’s rule saw the US-China tensions rise to an unsustainable level, with multiple US sanctions imposed on Chinese companies. Since President Joe Biden’s election in January 2021, the tensions have only grown. President Biden’s administration recently increased its sanctions against China in response to the Hong Kong pro-democracy protests, notably issuing a warning on July 16 about the “Risks and Considerations for Businesses Operating in Hong Kong” and imposing sanctions on seven deputy directors of the central government’s Liaison Office in Hong Kong. The Biden administration also banned the import of technological materials such as polysilicon from Chinese technology companies due to the latter’s alleged use of force in the Uighur region in Xinjiang.

To this day, the US-China trade war continues in full swing amid growing conflicts. However, if there is anything positive to be highlighted, it should be said that neither country wants to cut their economical ties completely. Whilst that is the case, there may be a chance that things, eventually, will improve.

Can Music Help You Study?
Roald Dahl: Remembering A Creative And Courageous Author