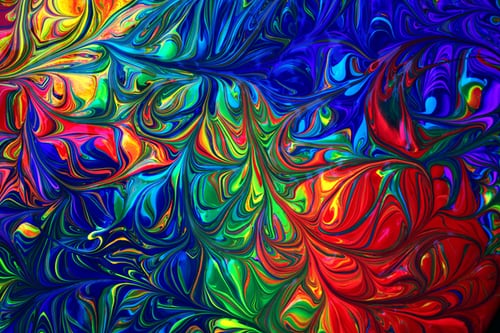 What Are Polymaths And How Can We Learn From Them?

A Definition Of Polymaths

Do you know someone who seems to excel in many fields – perhaps a great mathematician or scientist, who has a published art collection, a talent for music, or expertise in political debate? Such people can be described as polymaths. A polymath is typically defined as a person with a wide range of interests and expertise in various fields of science, humanities, and the arts.

The word polymath is derived from the Greek polymathes, “having learned much,” with poly meaning “much,” and manthanein meaning “learn.” What qualities does a polymath embody, and what experience, knowledge and achievements do they typically achieve? Let’s take a look at two famous polymaths of yesteryear and one of the modern-day…

Leonardo da Vinci was a painter, architect, inventor, and student of all things scientific. He was known by the term “Renaissance man” because his innate genius spanned so many disciplines. Today he remains best known for his art, including two of the world’s most admired pieces, The Mona Lisa and The Last Supper. He believed that art was connected to science and nature. It is perhaps unsurprising, then, that he also kept dozens of secret notebooks with observations, inventions and theories about subjects as diverse as anatomy through to aeronautics.

Da Vinci’s blend of curiosity, imagination and intellect allowed him to create, at least on paper, such inventions as the bicycle, the helicopter and an airplane based on the flying capability and physiology of a bat. Most of da Vinci’s aeronautical designs were ornithopters, machines that employed flapping wings to generate both lift and propulsion.

Benjamin Franklin was an American writer, politician, scientist and diplomat, born in 1706. Franklin was hugely industrious and inventive. As well as being a successful newspaper publisher he also was also an inventor, producing the first lightning rod. Amongst his other talents, he was also a leading printer, Freemason, postmaster, humourist, civic activist and statesman.

A Polymath Of The Present

A modern-day polymath, Frances Arnold is an American chemical engineer, Nobel Laureate and Nobel Prize-winning chemist. Frances plays the piano, guitar and pipe organ in addition to researching enzyme evolution.
She is also the co-inventor on over 40 US patents. She is the Linus Pauling Professor of Chemical Engineering, Bioengineering and Biochemistry at the California Institute of Technology and has been a director of Alphabet Inc. since December 2019. In 2018, she was awarded the Nobel Prize in Chemistry for pioneering the use of directed evolution to engineer enzymes.

Polymaths have inquisitive minds, highly creative problem-solving skills and are able to create innovative solutions. What can we learn from them? Well, if there’s one thing, it’s to become open and insatiably curious about different areas of knowledge. The ability to switch seamlessly between different tasks, taking as example Albert Einstein using music for scientific inspiration, could certainly help boost our creativity and productivity.

Breaking Down Barriers Into Online Learning
Pythagoras – From Theorem To Spiritualism