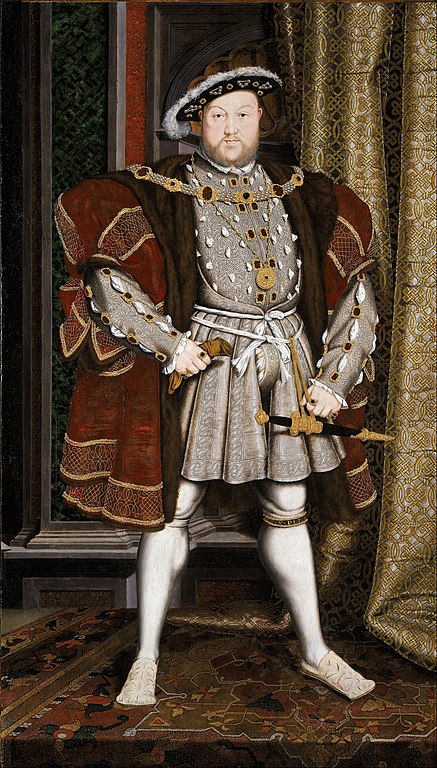 The Wives Of Henry VIII

Born in Spain, Catherine was initially married to Henry’s elder brother but after his death she was betrothed to Henry. They married in 1509 and whilst Catherine gave birth to six children only Mary survived. Henry’s desire to remarry and produce a male heir prompted him to seek an annulment on the grounds that the marriage had violated a biblical notion that a man could not marry his brother’s widow. The Pope refused to grant the annulment, prompting Henry to form the Church of England. The pair separated and, despite being loved by the people, Henry forced Catherine to live in isolation, away from her daughter and public life. The marriage was finally annulled in 1533.

Henry met Anne whilst she was serving as maid of honour to Catherine of Aragon. He started to send her love letters from around 1525 and they were secretly married in 1533. Whilst Anne had a daughter, Elizabeth, she never conceived a male heir and soon fell out of Henry’s favour, becoming unpopular at court and with the English people. This ultimately led some of Henry’s men to draw up charges of adultery, incest, and witchcraft against her. She was sentenced to death on the grounds of committing high treason and beheaded in May 1536.

Jane married Henry in May 1536, shortly after the execution of Henry’s previous wife. She gave birth to a son in 1537 but died just 12 days after his birth. Her son Edward became King after his father’s death.

Anne’s marriage to Henry was arranged to form a political alliance with her brother, the leader of the Protestants in West Germany. Anne arrived in England on 1st January 1540, having never met Henry before, and they were married 5 days later. Henry immediately disliked her and, having failed to consummate the marriage – which Henry blamed on Anne’s appearance – and no longer needing the political alliance, the marriage was annulled in July. Remaining fond friends, Anne received a sizeable annual income from Henry and lived out the remainder of her life in Kent.

A cousin of Anne Boleyn, Catherine came to court to serve as lady-in-waiting to Anne of Cleves. Being young and beautiful she quickly drew Henry’s attention, and they were married in July 1540. Whilst queen, Catherine had an affair with one of Henry’s servants and rumours of this led the Archbishop of Canterbury to launch an investigation into her behaviour, uncovering the truth about an illicit sexual history when she was younger. Catherine’s former lovers were arrested, tortured, and executed, and parliament passed a bill making it treason for an unchaste woman to marry the king. Catherine was executed in February 1542. She may have been as young as 17 when she died.

Catherine had been married and widowed twice by the time she met Henry in 1542. Although she was in love with another man, Thomas Seymour, she believed it her duty to marry the king and so they were married in July 1543. She was the first English queen to write and publish her own books and she was a great supporter of the English Reformation. Whilst she remained a loyal wife for the duration of their marriage, Henry’s death in 1547 gave Catherine the freedom to marry Thomas, though she died shortly afterwards in 1548.