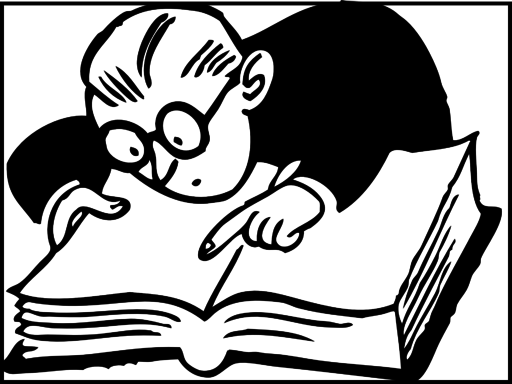 JK Rowling’s Harry Potter series has enchanted generations of fans. It has also smashed numerous publishing and box office records. As of February 2018, over 500 million books had been sold all over the world in 80 languages, and the franchise keeps going from strength to strength today. Films, theatre, theme parks, video games; the series has a wide-reaching presence unlike any other. But is the beloved franchise as flawless as many once believed?

Before discussing all the ire and controversy that Rowling is currently engulfed in, it would be wholly unfair to ignore all the positive things that both she and her Wizarding World have achieved. These stories continue to give children joy, as well as dare to tackle a waning interest in reading in an increasingly digitised era. Rowling’s works changed the literary landscape for the better. That said, because the Potter series is so intensely treasured by millions of people the world over, when things go wrong, there’s nowhere to hide.

Of course, most authors publish their material and then move on to new projects, but Rowling has taken a different route by repeatedly revisiting her most famous works over the years. What started as an innocent children’s series about good vs evil has now evolved into discussions of politics, race and sexuality and their inclusions in the franchise. Whether this is an appropriate move or not depends on whether these ideas are tactfully implemented into future stories or shoehorned in after publication for ulterior motives. Regrettably, Rowling has been walking a very fine line here in recent years. The Potter stories predominantly feature white characters, while minority roles are fritted around the edges of the narrative. Characters like Dean Thomas, Cho Chang, Padma and Parvati Patil, Lee Jordan, Angelina Johnson and Kingsley Shacklebot are recurring minority characters in the story, but they’re hardly prominent figures, and simply watch events unfold from the side-lines or aren’t present for the major plot beats. In other words, minorities play minor roles, far from being central or influential to the action going on around them. For greater perspective, in the Potter films black characters had less than 6 minutes of dialogue across all 7 films, which highlights a major problem at the core of Rowling’s fictional universe; it was never wholly inclusive.

Homosexual characters are sporadic, and gender neutral and transgender characters have been excluded from the fiction entirely. While Rowling revealed in 2007 that Hogwarts headmaster Albus Dumbledore was gay, there’s no mention or defining moment of Dumbledore being gay in the texts and films. There are hints and clues that he and his old nemesis, Gellert Grindelwald, had once harboured a close, almost unquantifiable relationship, but there’s no intimacy or proclamations of love – just a tease of something more that never develops into anything truly meaningful or definite. It’s a pattern of Rowling’s circumvention and evasion where diversity is concerned. Can Dumbledore’s sexuality be counted as well-developed inclusivity in the story, or is it simply a ploy for Rowling to keep her books relevant in the modern era? The answers aren’t clear, but this line of enquiry isn’t possible when representation is done with genuine intentions in literature or media.

Recently, Rowling expanded on Dumbledore’s sexuality even further. However, her revelations do not come in the form of published story material, but rather a behind the scenes DVD featurette on the Blu-Ray Release of Fantastic Beasts: The Crimes of Grindelwald. When the interviews and the fiction tell two very different stories, then it won’t take long for fans of the material to feel cheated and misled. These pockets of information don’t come from actual story content that’s been planned and meticulously crafted, rather they seemingly materialise out of nowhere, at random, whenever Rowling decides to make a quick reveal outside of a storytelling medium. So far, none of this information has serviced the fiction itself in any way; it is perhaps more akin to tacky gossip a tabloid would publish than something that would be consumed in literature or film.

Literature and cinema are often products of their time. Consequently, to go back and retroactively incorporate diversity into Potter is a disingenuous move. It treats minorities as an afterthought, a tacked-on addition to an otherwise uncompromising story. It’s also possible that Rowling is altering her own legacy, masquerading as a cultural champion for diversity when her works simply weren’t inclusive originally. It’s dishonest and illustrates a clear avoidance of responsibility, all while using the plights of others as a series of marketing stunts, rather than authentic, moving story material.

Should ground-breaking literature be so easily edited and redefined at the whim of an author, or left alone once it hits shelves? The Fantastic Beasts film series is fresh material from Rowling, but decades after the introduction of the Potter books, all the main roles are once again occupied by white characters, with minorities being designated to outlying roles in the story. There was also further controversy around the Nagini character in the film, in which the only Asian actor cast played a snake that has no agency in a white-centric world. Nagini also featured heavily in the marketing materials, but had no real impact on the overarching narrative.

Is this, then, another hollow, promotional stunt that uses representation for a marketing boost and nothing more? It all suggests that inclusivity is an afterthought for the Wizarding World, and not a primary concern for the creative minds behind it.

In the end, Rowling’s motives are, at best, questionable and misguided. While it’s true that she can do what she pleases with her own material, the more progressive route to take would be to develop new stories that greatly feature minorities. That way, Rowling can devote more time to crafting authentic, well-developed characters from a variety of different backgrounds, instead of confusing matters through off the cuff comments, quick interviews and blog posts.