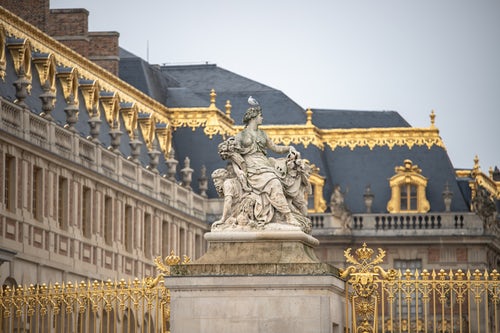 Was The Treaty of Versailles a Flawed One?

The One Hundredth Anniversary of the Treaty

Last month saw the one hundredth anniversary of the signing of the peace Treaty of Versailles. The treaty was signed in the famous palace of Louis XIV. It marked the end of the First World War. However, within less than thirty years, the Allied Powers and Germany would once again descend into war with one another. Many have argued that this collapse all began with the signing of the Treaty itself. Versailles, they say, failed to properly establish a viable post-war balance of power where peace and stability could flourish.

A Carthaginian Peace, or One Too Lenient?

John Maynard Keynes was a British delegate present during the Versailles conference. He expressed a widely held opinion of the time in arguing that the economic reparations placed on Germany were too harsh. He described it as a “Carthaginian Peace”. It was a reference to the infamous obliteration of that nation by the Roman Empire centuries previously. Keynes believed that the French delegates had pursued this policy as aggressively as possible to ensure their security. Their country had been invaded twice in just fifty years by a jingoistic German state and they had exercised their influence accordingly.

Several prominent French officials believed the Treaty was still too lenient on Germany. Many historians have agreed with them since. Correlli Barnett and Gerhard Weinberg have argued that Germany’s geopolitical position in the east strengthened after the end of the war, as it retained many of its core possessions. It was in stark contrast to the other Axis powers. The fate of the Austro-Hungarian empire was to break up. Russia fell into revolution and civil war.

It is not just historians that feel Germany received a more generous settlement than may have been expected. Economists Max Hantke and Mark Spoerer have rejected Keynes’ notion that the economic toll was excessive. They argue that the military restrictions the treaty imposed meant Germany could fully comply with reparation payments. This view is supported by Niall Ferguson. He believes it was also a fundamental mistake by the allies not to properly enforce them post 1919.

Versailles and The Second World War

The treaty’s contribution to the rise of the Third Reich and the outbreak of the Second World War is also often debated. One popular argument holds that Versailles, with the restrictions it did place on German military strength and the war guilt clause it imposed, sowed the seeds of further conflict. It points to the great resentment and anger it caused among sections of the German population. The main beneficiaries would prove to be Hitler and the NSDAP. This fact makes it a convincing case.

One hundred years on, the Treaty of Versailles remains a contentious and fractious topic.

da Vinci: 500 Years Into a Foreseen Future?
How to Find your Calling in Work