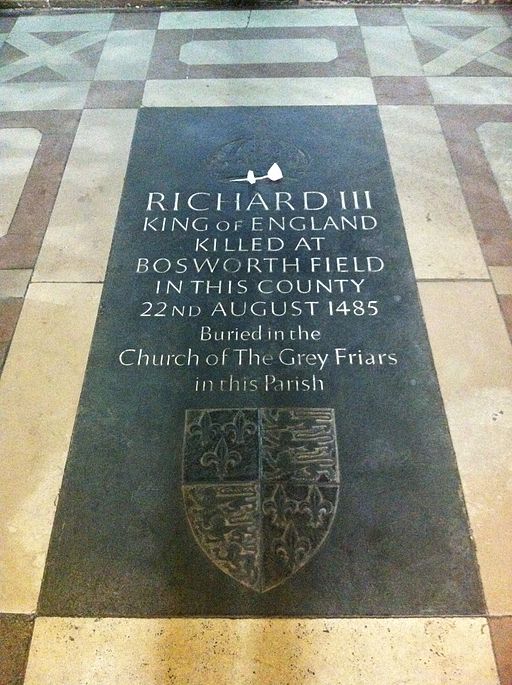 The Rebirth of Richard III

This week Richard III will be laid to rest in Leicester Cathedral, after an outpouring of public feeling which has surprised even the most ardent of his supporters.

His body was discovered under a car park in 2012 and has since been subject to every test imaginable in order to prove that this is indeed the last of the Plantagenets. In doing so, most of the myths surrounding his physical appearance have been dispelled, and confirmed historical opinion has been more or less set on its head, leading to the restoration of his once maligned reputation.

Richard III, the last British king to die in battle, was succeeded by Henry VII, the first of the Tudors. Henry’s aim was to bring peace to the country after the turbulence caused by the Wars of the Roses. Seeking to legitimise his claim to the throne, others began to vilify his predecessor. Although there were many contemporary sources which claimed that Richard was a good king and a pious person, the Tudors successfully portrayed him as a tyrant. Thomas More, for example, famously stated that Richard was physically deformed and that these deformities were representative of a twisted mind and soul.
Shakespeare’s literary portrait tarnished him further, but, in doing so, gave us one of the greatest evocations of evil we have in literature. This version, although not necessarily true, remains compelling.
Over the years others have sought to redress the balance, including the Richard III Society, once considered to be a collection of misguided dreamers but, since the discovery of Richard’s body, somewhat vindicated.

The matter of the ‘Princes in the Tower’ hung heavy over Richard’s reputation. Modern research has shown that there are alternative suspects and others had at least as much to gain from their disappearance. In truth, we will probably never know their fate. What is surprising, however, is that the crowds in Leicester this weekend did not seem bothered by whether Richard was or was not responsible for their deaths. Views such as ‘Everyone was like that back then’ and ‘We shouldn’t judge him by the standards of our time’ are heard again and again among those who are interviewed for TV and radio. Instead of the expected condemnation, there is mention of Richard’s bravery (leading his troops into battle), sympathy for the fact that he was abused and degraded after his death, admiration of the good work he did as monarch (for example, by the introduction of legal aid) and an assertion that he should now be afforded the dignity he was denied after his defeat at the Battle of Bosworth.

As a student of literature my view of Richard is secure. But as a student of history it is far less certain.
Whatever the truth, this week we see the internment of a King of England over 500 years after his death and although his body is being buried, his reputation is being reborn.

Small is Beautiful – or is it?
Solar Eclipses through Time