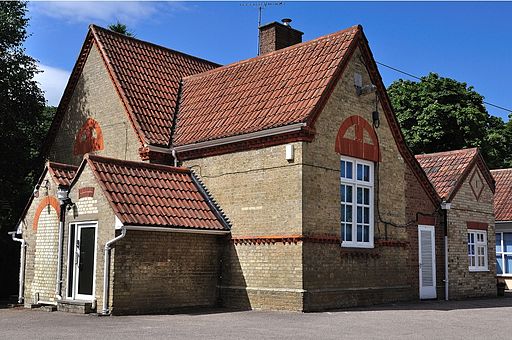 Small is Beautiful – or is it?

This is a story about primary schools. You know, places where young children go to learn, play, make friends and spend part of the day with devoted teachers who may be firm but are always fair.

These schools are very often associated with sunny English villages – the ones with a green – or round the corner in your town. Children very often walk there. These schools are usually the next place on from playgroup (or preschool! ) and although they normally follow the national curriculum ( not many primary schools are academies with their freedoms – yet! ) the teaching and learning is usually fun and often informal. If you were to step inside as a visitor there might well be an attractive sound of conversation, some music perhaps and maybe even subdued laughter. In other words the sound of ‘purposeful activity’. And how many children will go this school? The answer to this question is likely to be between 200 and 500 children. Small schools for small people. What, then, are ‘Titan’ schools?

The answer is very big primary schools. One such school that hit the news recently is soon likely to reach 1200 children. So what’s going on? The short answer is there isn’t any restriction on the size of a school,  not even a primary, even though we have a national system of education. We may have our cosy visions of what these schools are or used to be, but there is always going to be the matter of local evolution, which may not fit into that rosy picture. So although there are rules or guidance on the curriculum, class sizes and even the size of classrooms, there is no such restriction on the overall size of a school, be it primary or secondary. Strangely enough, it doesn’t seem to matter with secondary schools because the pupils are older. In fact, there have been examples of secondary schools approaching 2000 strong. As long as they are well managed – we all think it’s okay!
But primary schools?

There has been movement at both ends of the scale in regard to school size. In the last few years the number of very small schools has gone down dramatically – halved in fact. But as the latest rise in the birth rate hits schools, big schools just get bigger.

If there are going to be more students then is it not then actually more reasonable to want large schools, even at primary level? is this good? Well, funnily enough there is little or no evidence that the size of a school affects learning ( courtesy Cambridge University ). There is support for small schools for various reasons – psychological, social etc, (say the National Small Schools Association , ) – but overall big schools seem to be doing alright.

A headteacher once said, I don’t know all the children, but they know me. Is that what we want to hear?

The Fall of the Wolf, the Sickness of a King
The Rebirth of Richard III