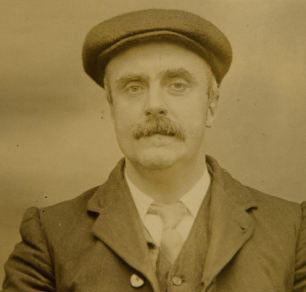 Whether or not you’re a fan of the show, you’ve probably heard of the critically acclaimed television series Peaky Blinders. But you might not be so familiar with the fascinating history on which the hit BBC drama is based.

The Peaky Blinders is one of several names used to refer to a violent organised street gang that rose to infamy in the Small Heath area of Birmingham, England, in the 1890s.
In the March 24th, 1890 edition of the Birmingham Mail newspaper, you can find a small, nondescript headline: “Murderous Outrage at Small Heath. A Man’s Skull Fractured”. The reporter recounts the story of an attack the previous Saturday night, on a young man called George Eastwood. He had stopped into a pub for a ginger beer. Unfortunately, ‘Shortly afterwards,’ the article reads, ‘several men known as the “peaky blinders” gang came in.’

And thus the name was born.

Eastwood, aware of the violent reputation of the gang, left the pub. However, the gang followed and beat him with buckled belts, leaving him bleeding profusely, severely wounded. This violent assault, from which came that first mention of the Peaky Blinders name, was typical of the gang. The Blinders were made up of boys and men aged twelve to thirty. Together they robbed, pick-pocketed and violently assaulted their way through Birmingham’s poverty-stricken urban slums. Using belt buckles, metal-tipped boots, fire irons and stone-filled handkerchiefs, they inspired fear among the Small Heath population.

With perhaps their most powerful member, Thomas Gilbert (pictured), at the helm, the gang became more organised. They branched out into other criminal activities, including bookmaking, racketeering, hijacking, smuggling and police bribery.

The Myth Behind The Name

There is a popular myth that the name was taken from their penchant for sewing hidden razor blades into the peaks of their flat caps, which could be retrieved and used as weapons. However, whilst this makes for a great story, there’s no actual evidence to support the theory. In reality, the name most likely finds its origins in the way the gang dressed. Their notorious flat-peaked caps account for “Peaky”. “Blinder” was in those days popular British slang for trim or well-dressed, which the gang certainly were, favouring a uniform that included tailored jackets and waistcoats, silk scarves and leather boots.

The rise of rival gangs, as well as a police crackdown led by Sir Charles Haughton Rafter, Birmingham’s Irish Police chief constable, led to the power of the Peaky Blinders diminishing steadily from the start of the 20th century. By the 1930s they had ceased to exist, but the iconic name and image had already been etched into historical and cultural imagination. Today, as another TV series draws to a close, we know that millions more abroad have heard of them too.