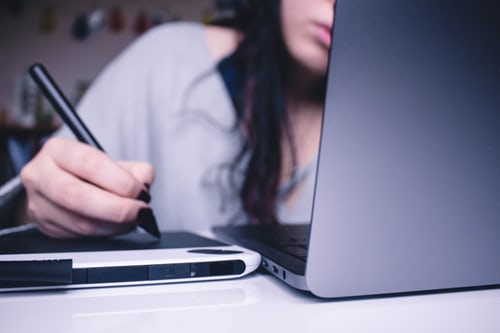 Due to their flexible nature, and the fact they can be studied from home, modern students are starting to seriously consider online undergraduate degrees.

There has been some scepticism about the credibility of online degrees in the past. The BBC reported several years ago on the prevalence of fake courses. The existence of these, as well as fake institutions and falsified certificates, made for a bad reputation. However, we shouldn’t tar such institutions with the same brush anymore. In fact, quality distance learning has been around for a long time. The well known Open University has been offering credible degrees of this nature for decades now.

An Online Degree presents a great opportunity for students looking for a more cost-effective, flexible way to study, then. But one important question that must be asked is, what do employers think of them?

Research by The Open University has produced results showing that there is increasing respect among employers for online learning. They found that nearly three quarters of those surveyed believed online courses to be valuable when hiring new employees and promoting existing ones. It’s also true that there is likely much greater trust with employers now than there was a few decades ago, due to the fact they can see modern online degrees are now backed by credible institutions. In addition, the UK government has given employers the ability to go online and check if a university is an officially recognised institution.

As you can imagine, it’s a new field and there isn’t much research around. It’s likely that as credible online degrees become more normal, the attitudes of employers are likely to shift further in favour of online undergraduate degrees. Even if you don’t want to go all-in with an online degree, there are other options. Why not hedge your bets and do a blended degree, combining flexible online learning with face-to-face tuition?

I am a practising HR consultant working with several start-ups on an ongoing and ad-hoc basis in the London and M4 area, and am a Chartered Member of the Chartered Institute of Personnel and Development or CIPD. I am the Director of thecareercafe.co.uk; thecareercafe.co.uk is a resource for start-ups and small business. It includes a blog containing career advice, small business advice articles, HR software reviews, and contains great resources such as HR Productivity Apps.