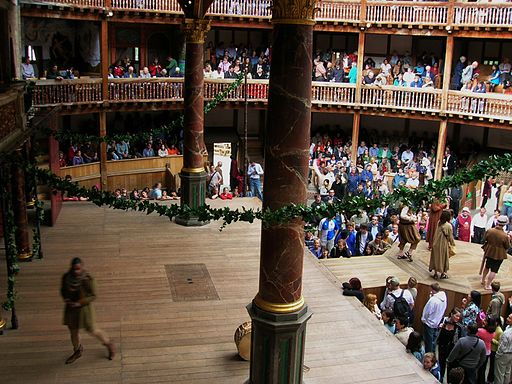 The Play’s the Thing

But is it still? Or is the ‘screen’ the new ‘thing’? Many of our top theatres and opera companies have been streaming live productions to cinemas up and down the country for the past few years. In fact, these have been shown around the world. The Royal National Theatre, the Royal Shakespeare Company, the Globe, as well as the New York Metropolitan Opera and the Abaolshoi Ballet have all been broadcast in this way. It has given many people the opportunity to see classics as well as modern masterpieces, locally and at an affordable price. You get to see the world’s finest performers, on stage, without going to London, for example. And as always, anyone studying English will find that some of the set texts being performed – this year it’s the ‘Winter’s Tale’ and ‘Hamlet’, among others.

So is there anything strange or awkward about all this? There has been some discussion recently about what it means to act in one of these productions. Some say the whole idea has been brilliant. Other say the additional knowledge that half the world is watching you – and not just the theatre audience – adds an unwelcome dimension. There is the argument that for an actor there is an intimacy, and an unavoidable sense of shared experience, when you perform live in a theatre. This becomes synthetic – dissipated, even – when you add the knowledge that what you’re doing is being screened around the world; and that there is technology, cameras, and microphones, all set up to make this happen. Further, they go on to say, however much this other, immeasurably bigger audience is ‘hidden’ from view, and however discreetly the technology is placed, then nevertheless the overall effect is to add an unwanted  layer of consciousness, of responsibility, in what the actor thinks and does. These people even suggest that we’re asking them to combine two forms of acting – theatre and film – into one role. That, they say, isn’t easy. It’s almost as if some element of ‘truth’ will be lost.

But are they right? Maybe to some extent. However, actors and theatres have always experimented. Take some other recent developments: there have been performances both in the open air; there have been experiments with sound, lighting and staging; actors have taken on unusual roles, influenced by contemporary issues, putting classic plays into new, original contexts. There has been puppetry (  War Horse ), acting by candlelight ( the Sam Wanamaker Theatre ), and much more besides.

At the end of the day, rather than argue which is the best way to see theatre, surely the single most important thing is to make sure that people can see it – in whatever form.

Save our National Parks!
History of the Trademark