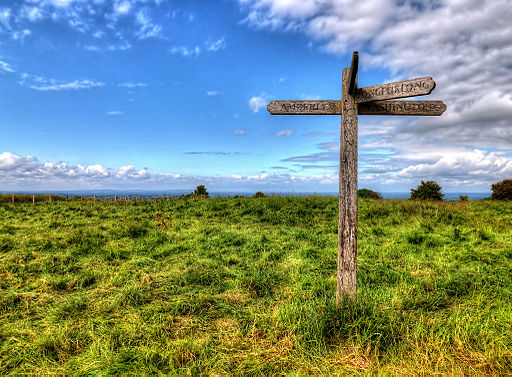 Save our National Parks!

Our National Parks are a national treasure. An overused phrase, but true in this case. There are fifteen of them and they’re spread all over the country. Wherever you are, there’s likely to be one near you. They’re in the North of England where you might expect them but also in the south and the south west. And if you’re in one you’ll see – hopefully – some thoroughly attractive, unspoilt countryside. And they’ll probably reflect the part of the country they’re in.

I was on holiday on Exmoor recently. We did all the usual stuff. We drove around, we walked, we had a Devon cream tea, we saw gorgeous, rolling green fields. We went on a restored steam train. On one side there were cows, on the other sheep and lambs, and there was a bird of prey circling overhead. Idyllic. Instead of doing the moor we stuck pretty much to the coast and we went on a clifftop funicular railway – an ingenious form of transport based on water and gravity.

The Parks have an interesting history. It has been suggested that the National Parks came about because of the infamous ‘great trespass’, when ramblers walked across some private land, claiming the right to roam in their own country. It worked. The National Parks service began in 1949 as part of the “post war settlement”.

The parks are all well managed, typically employing between 200 and 500 people. They know who uses them who their visitors are and they have scientific and educational services. For instance, the newest park – the South Downs ( pictured above) – records the number of butterflies that famously use the chalk downs. And you’re invited to explore, be active, sight-see or just relax. Not a bad invitation. The Parks are also linked to Areas of Outstanding Natural Beauty and Sites of Special Scientific Interest, showing that a lot of people are trying to take care of our precious countryside. And course there is the National Trust.

Are these National Parks still under threat, though, despite all this? Inevitably, I’m afraid to say. Many people would argue that because our country is relatively small, there is pressure on the land we’ve got. Lack of housing is one of the great problems of our time, where to build more one of the great debates of our time. Unfortunately there’s no doubt that some people believe that we could do ourselves a favour by building more over the green spaces we still have. The other great issue is of course energy, and to some people fracking is the way forward. You would have to decide for yourself about that.

One thing’s for sure: the parks are beautiful – and we should all cherish them!