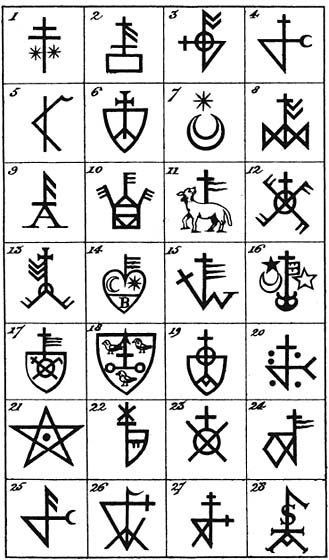 History of the Trademark

On 6th June 1887, the world famous Coco Cola logo was given its official trademark. This meant that no one else could call their product Coco Cola, nor could they replicate the companies distinctive slogan. Everywhere you look you can see trademarks, which similarly tend to reveal themselves as brand names, such as Costa Coffee, Nike, Hilton Hotels, and McDonalds. This labelling of products to claim them as originating from, or belonging to, a particular group or person is not a modern concept, though.

The use of trademarkings can be traced back as far the time of occupation of the Lascaux Caves in southern France – 5,000 BC, where bison groups were painted on the walls, in a way which archaeologists believe indicates tribal ownership. And this is not the only example of prehistoric marking. In the Middle East, stone seals have been found engraved with the marks of different traders or workmen, and in ancient Egypt, Rome and China, various forms of stamps or markings were employed to indicate who made which pottery and bricks.

It was in Medieval Europe that trademarks began to take on a greater importance (A number of such Marks belonging to various Medieval Merchants from Norwich are pictured above), when guilds of various traders were formed, each adopting their own distinctive mark or badge. In 1266, the Bakers Marking Law, which ruled over the use of stamps or pinpricks on loaves of bread, was passed in England. Then, almost a century later, in 1363 the Silversmiths were required by law to mark their products. This idea spread across the world, and soon all major porcelain producers were marking their wares to show its country of origin and who had manufactured it.

It was in 1791, when a major dispute arose in the US over the ownership of sail cloth marks, that Thomas Jefferson urged the adoption of laws governing trademarks to prevent future arguments of this nature. Although the idea was not adopted across America as a whole, some states took up the law. It wasn’t until 1870 that federal law made it essential for trademarks to be registered, however.

In the UK, the Trade Marks Act was passed in 1938. This set up a registration system for brand marks, and also included the right of the trademark holder to include the barring of trademark use by competitors.

The Play’s the Thing
Opinion: Knowledge is Power… or is it?