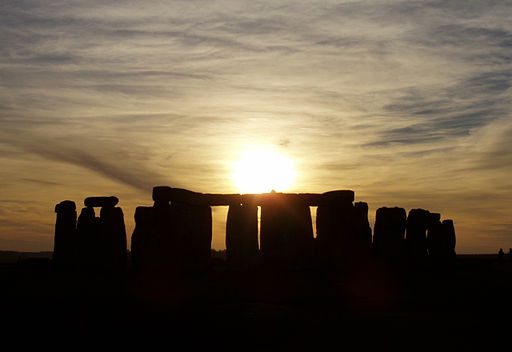 You may have heard that we are about to hit the winter solstice, marking the year’s shortest day and the depth of winter. But rather than dwell on the dark and cold, perhaps it would be better to remember and discuss the other, summer solstice…

The Historical Significance of Summer Solstice

The longest day of the year, otherwise known as summer solstice or midsummer, is a special occasion for a multitude of reasons.

Things kick off here whenever the geographical pole on either the northern or southern hemispheres becomes most inclined towards the sun. Because of the world’s tilted axis, during this time there are parts of the world where the sun never sets, such as in the Arctic Circle. For the lands close by, the night times are incredibly short, with the sun still shining at midnight! So, that’s that side of things!

But what about the cultural side, and the historical significance of it all? Summer solstice has had huge cultural significance the world over, with its celebrations spanning all history. Even today, many people love to celebrate the event . So it must be something incredible, having endured through the years.

Let’s look to see just how one or two different historical periods have tackled the summer solstice.

There were a smattering of Ancient Egyptian religions that took summer solstice very seriously indeed! Placing huge significance on Ra, one of their most important deities, summer solstice was enormously symbolic, being knitted together with their culture. A religious explanation for such an extraordinary lengthening of days was, of course, inevitable, especially when gods like Ra were considered to be ‘the ruler of the sun’ and even the creator of all life.

Mixing summer solstice with such things is a recipe for something incredibly significant on a cultural level. While for some people the occasion is the spark of a scientific marvel, for others, it’s the day when a higher power presses pause on day-to-day reality. That jump is understandable, and the Ancient Egyptians certainly ran with it!
There was also much fanfare around the coming of the star Sirius, and the flooding of the Nile that would soon after be nourishing all the lands around. Not only this, but summer solstice also meant heralding their new year! Ultimately, it was a day that instilled hope into the hearts of many in this place and time.

The Vikings celebrated summer solstice by being as cunning and tactical as ever! More daylight meant more efficient hunting and raiding parties. Off they’d go, weapons brandished and raised on high, ensuring that every waking moment was used to the full. Bold, brash, and keen to do all their work and showboating out in the open, they’d never want the darkness to tarnish or disguise their glory. Thus, a longer day meant a longer to-do list!

The Vikings also prayed to their gods at this time, performing rituals and igniting towering bonfires,with  the latter tradition also being undertaken across the rest of Europe. They desired a rewarding harvest, and it is speculated that they made pilgrimages to famous sites such as Stonehenge. This is because Stonehenge was thought to be made to mark the event in 3,000 – 5,000 BC., so it would undoubtedly make sense to converge there.

Pagans around the world rejoice when summer solstice rolls around. Therefore, just like the Vikings, much of today’s fanfare is focused on Stonehenge, with many flocking there to witness the Altar, Heel, and Slaughter stones align with the rising sun in the north east. Though people could not attend in person this year, even the coronavirus couldn’t diminish the popularity of this event. The famed English Heritage charity, who typically manage the world-renowned site of Stonehenge, live-streamed the occasion last summer, to the joy and cheer of a good many.

BBC England also did some streaming to mark the occasion! They showed beautiful, majestic sunrises in Ness Point in Suffolk and St Ives in the west of Cornwall. York, Liverpool, and Whitley Bay enjoyed plenty of coverage too, so there’s a great deal of appreciation for the day in the modern UK too!

The fact is, summer solstice has such significance to so many people that one humble blog post simply can’t cover it all. Still, all the other cultures to have found pride and hope in the event are undoubtedly deserving of a mention. For example, you have the Ancient Greeks, who would use the day to organise the Olympics exactly a month after the solstice. The Romans used the longer days to celebrate the women in their population, while Native Americans would undertake rigorous regimens of fasting and dancing. Feasts and bonfires would sweep across Europe, and merriment and goodwill were effortlessly forthcoming.

Obviously, there’s a great deal more to read about here, but the larger point is that it’s lovely each land and culture gleams something different from the solstice. Admittedly, the Vikings probably brought the mood down somewhat with their raids, but everyone has had a different take on the day – which is largely to be celebrated!

Celebrations of the summer solstice, then, remain just as alive today. Not even a pandemic can stunt its prominence in history, and there will undoubtedly be many more celebrations to come! From the practical methods of the Vikings to the ushering in of Olympic games and celebrating deities, there’s a broad spectrum of how the big day (literally and figuratively) has been tackled by a diverse populous!