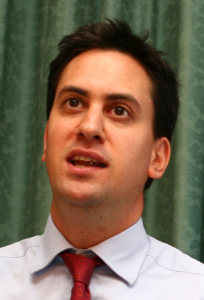 The most important elections in modern British history began with snooty discussions in the media of the Prime Minister’s and the leader of opposition’s kitchen arrangements, thereafter morphing into ridiculous pledges of the financial bonanza for all should either be elected to 10 Downing Street. How would it all be paid for? Not a clue! No wonder a clear outcome was unexpected.

Crucial issues such as policies for wealth creation, the persistent problem of low productivity, the sluggish growth of manufacturing, rising national and personal debt, membership of the EU, Scottish independence; all have been given superficial gloss in the media coverage. All are vitally important and there has been a clear division on all these issues between the Conservative government and the other parties. It’s only apparent now on what side of this divide the majority of the voting public currently stand.

It’s certainly not going to be plain sailing for the Tory’s, though. The SNP’s almost total victory in Scotland should mean that more devolution of power will come their way, which will raise issues of legitimacy for any government formed in England. Additionally, such a result threatens the survival of the Labour party as a political force.

Despite all the fog of claim and counter-claim, Ed Milliband’s explicit promise to raise taxation for higher earners and move to increased intervention in the affairs of business and the banks is in stark contrast to Conservative policy, and a decisive break with the economic policies of previous Labour administrations. Yet the polls still shifted the wrong way for them.

An indecisive result would have certainly led to much wrangling, something that business and the economy can do well without. But that result never came. Instead, it will be interesting to see what this clear one does for it.

Election 2015: What Happens to Education Now?
Museums at Night or a Night at the Museum?