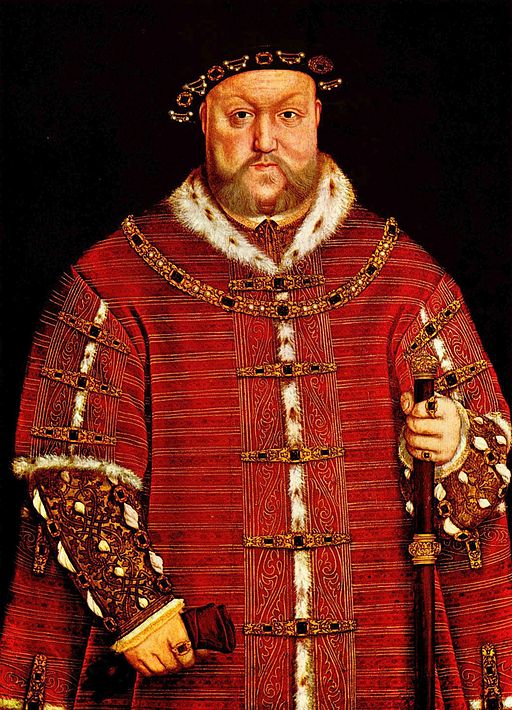 The Fall of the Wolf, the Sickness of a King

In 1537 Jane Seymour died giving birth to Edward VI. Thomas Cromwell was therefore soon tasked by King Henry VIII to find him a new wife. He chose Anne of Cleves in order to cement an alliance with the German Protestant states against the Catholic threat from Spain and Holland.

The portrait of Anne painted by Holbein for Henry to inspect shows a remarkably “modern” woman with handsome features, an air of intelligence and above all an independent spirit. Most definitely not the type of bride, then, wanted by an increasingly cantankerous, petulant, obese monarch, incapacitated with leg abscesses. The marriage was a disaster and the high times for Cromwell were now over, to say the least.

Despite this failiure, once again Henry used his minister to seek annulment of the union. To succeed, however, the king was forced to give evidence of his performance as a husband before Parliament. Inevitably, Cromwell bore the brunt of Henry’s embarrassment and increasingly senile fury. At a stroke, he was charged with treason and financial corruption and summarily executed. Typically, Henry was left lamenting his actions within the week, suddenly sad at the loss of “the most faithful servant I ever had.”

With Henry’s words of regret in mind, it can plausibly be argued that the irrational decision to execute Cromwell was the direct result of his failing physical and mental capacities. As a young man, Henry had sustained two serious injuries to his leg whilst jousting which never healed properly. In his middle years he was unable to take exercise and was forced into a sedentary lfe. Holbein’s two portraits of the king in 1537 and 1542 show a bloated figure, with waist measurements of 140cm. Courtiers had to move him about using mechanical hoists and he suffered poor circulation and leg ulcers. it has also been suggested that he suffered from brain injury after his final jousting accident in 1536, which quickly led to dementia and the onset of the type of violent, erratic behaviour that cost Cromwell his life.

In addition to Henry’s more obvious physical maladies, it it has been suggested that the pregnancy and miscarriages of his wives also indicates a genetic condition, possibly McLeods Syndrome. The Syndrome affects the blood, brain and peripharal nervous system and most crucially contributes to the inability of any female partner having a successful, live birth. Tudor physicians understood nothing of such a condition, of course, and so were unable to offer any successful treatment.

Ultimately, then, the fact is that both Cromwell and Anne Boleyn died at the whim of a diseased and senile tyrant.

Opinion: Is More Free Schools a good idea?
Small is Beautiful – or is it?