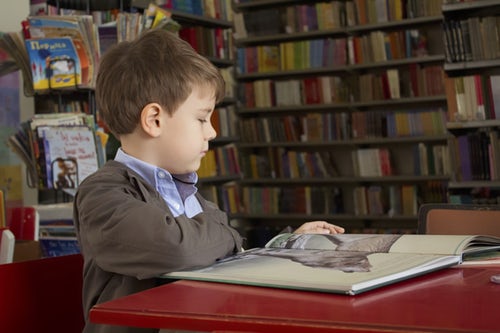 School Libraries are in Crisis

Unfortunately, school libraries have been facing crisis since as early as 2007. In 2019, with more than 92% of secondary schools having had their funds slashed, the situation has become bleak.

The school library was a stepping stone to autonomy for many growing up. A hub of creativity, they were the spaces where pupils could select their favourite texts and immerse themselves in new worlds, or indeed learn more about their own. During their reading they could be inspired and invigorated, and feel more enlightened with every turn of the page.

Not only this, but school libraries also made independent learning outside of an ordered curriculum possible. It is because of places like the school library that children began to understand learning as a constant process that continues after school’s end. Being educated isn’t just about surviving the exam factory and walking away with a certificate; often, it can simply mean taking out a book at any moment and decoding the meanings and messages inside. Whether it’s fiction or non-fiction, there’s always something to grab onto.

However, as stated, school libraries are being plunged ever deeper into crisis. In 2016, children’s laureate Chris Riddell penned an open letter to the secretary of state for education, urging the prevention of school library closures. He addressed the lack of “economic and intellectual interest” that is wreaking havoc on efforts to get kids reading again and causing librarians themselves to be dismissed. The problem was deemed so large that eight former children’s laureates united in support of Riddell’s message; Quentin Blake, Julia Donaldson, Anne Fine, Michael Morpurgo, Michael Rosen, Jacqueline Wilson, Anthony Browne and Malorie Blackman.

School librarians no longer have the budget available to keep their shelves fully stocked. Obviously, this in turn means that they cannot support the learning of their pupils. At best, they can likely offer a quiet area in which to do some uninterrupted, independent study. Unfortunately, many school librarians can no longer actually perform their role to its fullest potential; guiding pupils to pick out the right books for their enjoyment and enlightenment. As the spending starts to dry up, many librarians are left wondering if they’ll even be required in a few short years.

Alongside the lack of adequate funding, there’s also been waning interest. Many of today’s children are enraptured by their online video games, social media, phones and laptops. They are ultimately starting to read less and less as a direct consequence of these influences. Some may feel they can learn more from a Twitter hashtag than a good book, while others would rather communicate through emojis than through a diverse vocabulary. Moreover, many kids today would rather watch the cinematic adaptations of their favourite novels rather than re-reading the source material.

Alarmingly, 2015 saw a 10% decline in American children reading for pleasure, with only a staggering 51% stating that they read for pleasure at that time. In the end, this is arguably the biggest problem school libraries need to address: a lack of interest. School pupils today are engrossed in a digital world that constantly demands their unwavering attention and worryingly refuses to let go. The school library gets shoved to the side-lines thereafter.

So school libraries are indeed in crisis. That said, while all the latest gadgets and technology give users quick hits of satisfaction, nothing can replace that rich reward of finishing a good book. If children better and sooner understand all the opportunities and benefits that literature regularly affords, reading will no doubt experience a resurgence in popularity. The calls for greater budgets would then be stronger, and school libraries would undoubtedly experience a second wind in funding and interest. Reversing the popularity spiral, though, is something we have yet to manage. Perhaps answers can be found, as is often the case, inside a good book in a library somewhere.