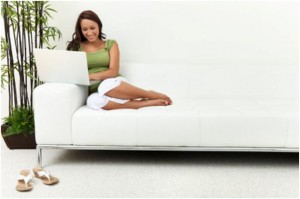 As exam boards reveal the growing popularity of the International GCSE, Jane Bradley examines the impact of this on Oxford Open Learning learners

Exam results season is almost upon us, bringing with it the inevitable debate about the standard of the traditional GCSE and its ability to stretch the highest achieving students. However, added to the already heated discussion comes the news that this year almost 1,200 schools have adopted the International GCSE (IGCSE) in at least one subject, often in the more traditionally academic subjects such as maths, English, science and modern foreign languages (MFL).

The IGCSE has been a popular alternative to the traditional GCSE in private schools for years, but the figures released by Cambridge International Examinations and Edexcel examination boards show that many state schools are now keen to offer them to their students too.

So what does this mean for Oxford Open Learning students?

It’s very positive news! Although examiners, tutors and certainly students have always been aware of the rigours of the IGCSE qualification, its rise in popularity means that more employers and Further/Higher Education providers will inevitably begin to actively look out for them. Logically then, the qualification becomes more recognisable and therefore more respected, with its linear structure providing the perfect opportunity for students to demonstrate concentration skills and the ability to retain information.

It has been suggested that the figures released by the examination boards imply that the ordinary GCSEs are now likely to be under further scrutiny, as schools actively look to embrace alternatives. Despite only being available to state schools for a couple of years, the International GCSE’s reputation for being a challenging course favoured by private schools (or for the more able students) means that there is certainly an air of success and exclusivity associated with it.

With the government suggesting that the current GCSE system is likely to be replaced fairly soon, studying for an IGCSE means that Oxford Open Learning students are already ahead of the curve. Whatever it is that does eventually replace GCSEs, the strong reputation of the International GCSE and its popularity with the higher performing schools means that it is certainly a valuable qualification for anyone who wants to demonstrate their academic prowess.

The end of UCAS points and what it means for you
Changing the goal posts?