Home / Blog / The malaise of Poverty in modern Britain

The malaise of Poverty in modern Britain 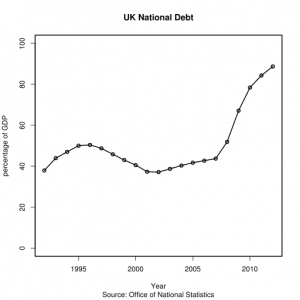 “The poor are always with us” as someone once said. And there are an awful lot of low-paid workers in Britain. About 9.5 million households, with 7 million having at least one member who is in paid employment. About 1.35 million receive the minimum wage, currently £6.35 an hour, though the Chancellor is in favour of raising this above the inflation rate to £7. The living wage is £8.80 in London, which is slightly lower than anywhere else in the UK.

Welfare payments to the poor, used by government to boost poor pay, are really a form of subsidy to private employers which allow them to build a low subsistence wage structure into their business plan. It also encourages them to view their workers as less worthy “stakeholders” in the enterprise, compared to shareholders. Low pay is also one of the factors encouraging firms to go for short-term profit, rather than investing in long-term sustainable growth.

Wage earners are also consumers. A reduction in the abilities of families to purchase any form of high-end luxury goods and concentrate their income onto the purchase of very basic foodstuffs and poor quality clothing  adds cost to healthcare and is a very significant factor in poor educational attainment, job prospects and possibly increased crime rates. All these factors place ever-increasing stress on government revenue. Low pay reduces the number of economic transactions in society, which impacts on business sales, even when firms attempt to move stock via discount sales.

Low pay also affects the housing market, as the poor find it almost impossible to negotiate a mortgage and cannot afford the monthly interest payments on loan. Even rates are crippling (such as in the London market). Once again, this impacts on revenue expenditure and it encourages dangerous, draconian levels of borrowing. What the low-paid cannot buy for cash they attempt to buy via high, short-term interest loans (e.g., payday loans). Britain is swimming in credit and debit card debt and this is actually threatening sustained economic recovery. Saving is impossible and so poverty runs into old age and retirement – further adding to revenue expediture.

Low pay discourages hard work, or indeed the will to find work, and it reduces revenue receipts because the poor pay either low rates of tax or none at all. It fuels class division and, geographically, widens the North-South divide.

Such viscous cycles and patterns have long persisted through the generations, unfortunately, and the likelihood continues to be that a poor family today will produce a family who remain poor.

Some will argue that to drive down wages will lower business costs and raise profitability to be ploughed back into investment – a seductive argument in a recession. But the flip side of the coin is, why bother to invest if an adequate return can be made by keeping the wages of employees low? Those societies who have, since the second world war, maintained higher wage rates than ours, like Germany, have reaped the rewards of less inequality amongst citizens, higher living standars, a thriving and driven economy, and well run democratic workplaces. At the same time they have remained technologically innovative.

Modern Britain is only now and fitfully, learning its lesson. A good place to start reform would be to re-structure the boards of private companies to include worker representatives on the Boards of Directors – a pratice encouraged to Germany by America and Britain itself post-war, and contributing the re-building of that countries’ now so successful economy.

To their credit, the present government is at least attempting to address the other side to this intractable problem of poverty, in attempting to reform the benefits system. Sadly, though, Poor Law history does not offer too much room for optimism.