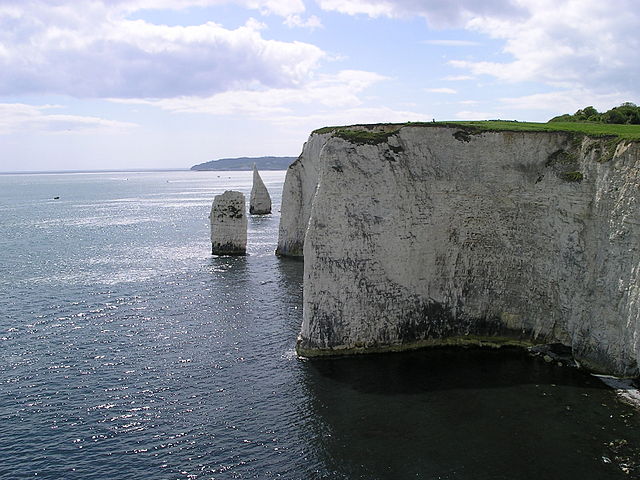 Being an island has been very important to us over the years. It’s defined us, protected us, been the inspiration for art, films and poetry, and been at the centre of many political decisions. From the invasions by the Romans, Vikings and Normans, up to the present day, being an island has influenced both our everyday life and our long term future.
And yet it’s difficult to avoid being schizophrenic about our feelings on the fact. Take our current situation. Do we want to be part of mainland Europe or not? Forty years ago we did. We built the channel tunnel. Now we don’t. Now it seems the sooner we get out of Europe the better!

What does this all mean? It means that a sophisticated response to a complex issue would be helpful but isn’t always obvious. And modern politics doesn’t always clarify the matter. At a time when the world seems to be inextricably linked electronically, by constant news coverage and by the mass movement of people  ( often sadly displaced ), we seem to want to withdraw from the rest of the world. Or at least to see if that’s possible. Yet even that’s not clear cut. We want to keep hold of another island, Gibraltar, for instance, which is at least a toe-hold on mainland Europe –specifically Spain, of course.

Maybe it might help to look at smaller islands closer to home and see what their communities think about their situation, what they think. The Isle of Wight where I live is a beautiful place off the south coast of England. We pride ourselves on its separation from the mainland. In fact this is the basis of its main industry which is tourism. And it has to be said that there’s something uniquely calming and deeply satisfying about getting on the ferry from the mainland. It gives a sense of ‘leaving all that behind.’ The island is almost self sufficient, too. We have our own shops, schools and a hospital. We have our own elected councils. There’s a very real sense of quaintness, distinctiveness and for want of a better word, ‘otherness’. We even have a name for people from the ‘north island’. They’re called ‘overers’!

Despite all of the above, however, there are many people on the island who can’t wait to get a ‘fixed link’ to the mainland – probably a bridge. It would certainly help transport and probably the economy too. But would it also stop us being an ‘island’? Would we lose as much as we might gain? These are complex questions, ones we still haven’t solved nationally, never mind locally. Who are we and what’s our place in the world? There is a university in Canada, Prince Edward Isle University, with an ‘Island Studies’ department: Perhaps one day they’ll pass some of their knowledge on to one of our seats of learning. We could certainly do with it!