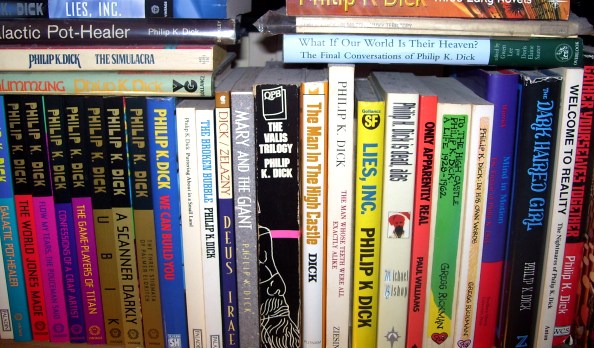 In the world of literature the boundaries between what defines a story as being either Science Fiction or Fantasy aren’t clearly marked, and the genres are often merged. Some authors have their own ideas, though. Have a read and see if you agree…

Writers and literary institutions generally agree on the loose categorization that science-fiction explores what is possible, while fantasy explores the impossible. While science fiction draws on and extrapolates from what we know about reality and science- even if it exaggerates it towards the improbable, fantasy invents things. Renowned science fiction writer, Isaac Asimov (on whom we will have another blog shortly), explained the difference between science fiction and fantasy, by saying that “science fiction, given its grounding in science, is possible; fantasy, which has no grounding in reality, is not.”

The most famous example of a fantasy novel has to be J.R.R. Tolkien’s The Lord of the Rings which is based in a world of fictitious creatures, such as hobbits, dwarves, elves, and more. Other fantasy novels explore the world of werewolves and vampires, such Anne Rice’s series of novels, The Vampire Chronicles, or Stephanie Mayer’s commercially successful Twilight series.

Science-fiction novels, such as Arthur C. Clarkes’s A Space Odyssey, and Ray Bradbury’s, Fahrenheit 451 are very much centered around science and space, whether past, present or futuristic. Bradbury described science fiction as being “sociological studies of the future; things that the writer believes are going to happen by putting two and two together . . . Science fiction is a logical or mathematical projection of the future.”

The world of science fiction and fantasy is varied, and often the genres are lumped together in libraries and bookshops. Some novels also combine the strengths of both literary styles, just as crime stories can often be both detective novels and thriller novels at the same time. These novels are often referred to as being science fantasy. It has been suggested that the Discworld novels by Sir Terry Pratchett fall into this area, as the Discworld is entirely fictitious and contains unreal creatures, such as trolls and zombies, and yet Pratchett also played with the very possible ideas inspired by of the growth of science and technology.

Whilst authors may have their definitions of what is what. then, it will probably remain the case that our bookshops keep stocking the genres together.