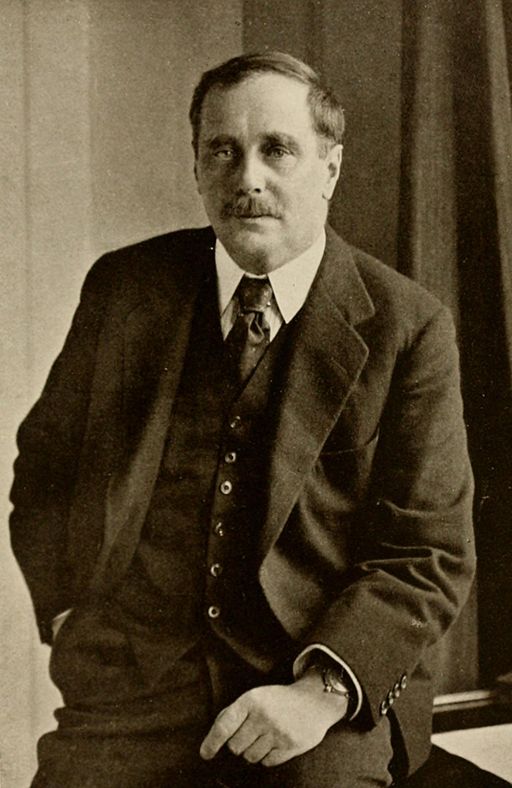 It is fair to say that his work has had a great influence on the vision of the future we have today. Much of it is ahead of its time, almost predicative in its treatment of issues such as space exploration (The First Men in the Moon, 1901), genetic science (The Island of Dr Moreau, 1896) and nuclear weapons (The World Set Free, 1914). Wells even described such items as tanks, automatic doors, and even mobile phones in his work long before such things were even thought of.

Wells was also revolutionary in terms of his personal beliefs. He was a socialist, probably inspired by his own humble beginnings as the son of a failed shopkeeper, and supported women’s emancipation. These convictions often inspired his work: in The Time Machine (1895), the Morlocks can be seen as representing the working class, literally living underneath the Elois, the descendants of aristocracy. It has been seen as a cautionary tale about social stratification.

Wells’ most famous work is probably The War of the Worlds (1898), which 40 years after it was written, inspired the infamous Halloween broadcast by Orson Wells that caused hysteria across the United States. It is a prime example of how Wells expressed his personal political beliefs through his work- the clashes between humans and aliens providing him with the opportunity to discuss his criticism of colonialism and empire. Ironically, it is through this novel that Wells had a critical, if indirect, influence on the future. Robert Goddard, who invented the first fuel rocket, was inspired to pursue his dream of making space flight possible after reading the novel as a teenager.

Today, much of the science fiction we read or watch owes something to Wells. Perhaps Kingsley Amis sums up Wells’ place in the genre best, when he wrote, ‘Wells occupies an honoured place in science fiction. Without him, indeed, I can’t see how any of it could have happened.’

Kristallnacht – The Night of Broken Glass
It’s Sci-Fi, not Fantasy!