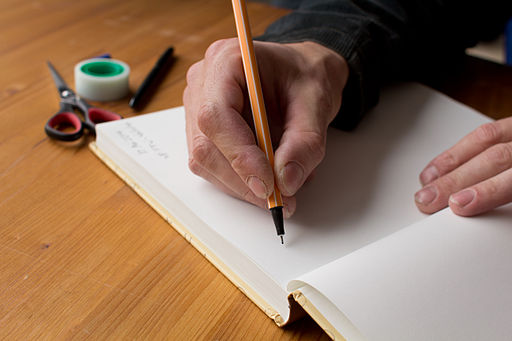 In the digital age, handwriting would appear to be an insignificant and dying art. We use computers, tablets and smart phones as our primary means of communication to such a degree that handwriting seems to be irrelevant. However, being able to write legibly and coherently using a pen or pencil remains a skill that can boost our chances of success in our educational, working and personal lives. Far from being an ancient practice that bears little importance in the 21st century, handwriting is still a vitally important form of imparting our thoughts, facts and observations.

Despite the prevalence of computers in the modern education system, the majority of formal examinations still require students to be able to communicate their ideas through the written word. People who are not able to write legibly are at a distinct disadvantage when it comes to attaining qualifications. Regardless of how intelligent, well informed or well educated students are, if they cannot communicate their thoughts on paper, their chances of getting a place at a good university or beginning a successful career are distinctly limited. The labour market is increasingly competitive, and employees need every possible tool at their disposal in order to stand out from other candidates.

Many of us send emails or computer generated greeting cards as forms of communication with loved ones. However, as anyone who has ever received a handwritten note or card can testify, putting pen to paper appears much more heartfelt and genuine than any amount of printed text. For the conveyance of feelings, handwriting remains a superior tool.

The digital age has resulted a large degree of homogenisation. We are separated into categories according to our likes and dislikes, educational background and employment history. Handwriting, however, allows for the promotion of true individuality. No one else has handwriting exactly like yours, and there is something palpably special about that.

Writing by hand can be a fantastic boon to thought processes. For people who are attempting to commit something to memory, handwritten notes are much easier to absorb and digest. Using a pen to compile notes can help you to become truly absorbed in the process of learning, without the distraction of advertising or updates on social media feeds. Handwriting is also an important tool when brainstorming or thinking creatively that cannot be replicated by using a computer or tablet.

Handwriting may seem to have lost its lustre in modern times. Nevertheless, it remains the only truly individual means of communication.

Ray Bradbury: It couldn’t happen. Or has it?
The Enduring Appeal of the Spy’s Tale