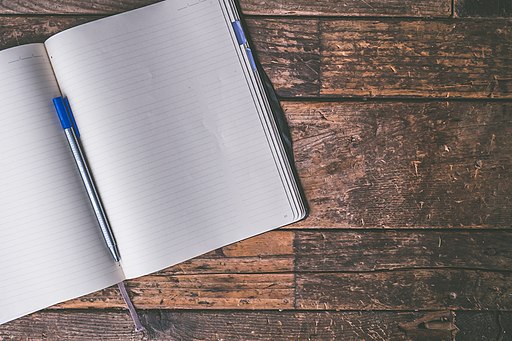 Ahmad Ibn Fadlan was an Arab theologian, sent from Baghdad by the leader of the Abbasid Caliphate to Eastern Europe. His mission was to explain Islamic law to the recently converted Volga Bulgars who had migrated to Europe from the frontiers of China during the sixth and seventh centuries. In his records of these travels (known as his ‘Risala’), Ibn Fadlan describes encounters with many groups of people including Khazars, other Turkic communities and most notably, Rus warriors- a group believed to have Viking heritage, after whom Russia would eventually be named. Fadlan was fascinated as he had never yet come across such Aryan people, of their habits he wrote: “They are the filthiest of God’s people, they have no modesty in defecation and urination… they are wild like asses” and in contrast, of their appearance: “I have never seen more perfect physical specimens, tall as date palms, blond and ruddy..”

Marie Curie, born Maria Salomea Sklodowska, was a Polish and naturalised-French scientist who became the first woman to ever win a Nobel Prize. Known as the ‘mother of modern physics’ her ground-breaking discoveries of the radioactive elements, radium and polonium would eventually lead to her death. Curie wrote several manuscripts detailing the experiments she and her husband would conduct as well as personal journal entries in a series of notebooks. In one entry she wrote of the visual spectacle the toxic chemicals they worked with provided: “It was a really lovely sight and one always new to us, the glowing tubes looked like faint fairy lights.” Most of the notebooks are currently stored in lead-lined boxes in France’s national library, due to their radioactivity.

Nelson Rolihlahla Mandela was a South African anti-apartheid activist who later became the first Black president of the country, after serving 27 years in prison. He was born into tribal royalty as a Xhosa prince of the Thembu dynasty and studied Law at universities in Johannesburg, where he became heavily involved in anti-colonial politics. He eventually joined the African National Congress (ANC) and rose to prominence within the party during their 1952 Defiance Campaign. Initially a non-violent protester, his politics became increasingly radical as the damaging consequences of apartheid, which was implemented by the ruling National Party in 1948, became more apparent and South Africa’s Black population was plunged into further poverty and mistreatment. In 1961, a militant group that was co-founded by Mandela led a bombing campaign against government targets, for which he was convicted of sabotage and conspiracy to overthrow the government and sentenced to life in prison. While locked up, he wrote several letters and diary entries about his personal and political plight as a prisoner and freedom fighter. His writings have been published as part of his 1994 autobiography, Long Walk to Freedom and the 2010 follow-up, Conversations With Myself.

Emilie Davis was one of few free Black women living in Philadelphia during the US Civil War. Over the course of three years, beginning in 1863, she wrote many pocket diaries in which she recounted everything from her more mundane activities to momentous occasions, such as the Battle of Gettysburg, the siege of Vicksburg and Abraham Lincoln’s funeral procession. Her diaries, currently held by the Historical Society of Pennsylvania, provide us with a unique insight into the lives of the historically elusive, free African-American population of the time.

The Diary of Samuel Pepys – our sister site, Oxford Home Schooling, has a blog on this here

Daniel Defoe’s A Journal of the Plague Year

The Diary of Lenha Mukhina

The Diary of a Young Girl by Anne Frank

The Role Of Women In Victorian England
Edison: The Man Behind The Machines