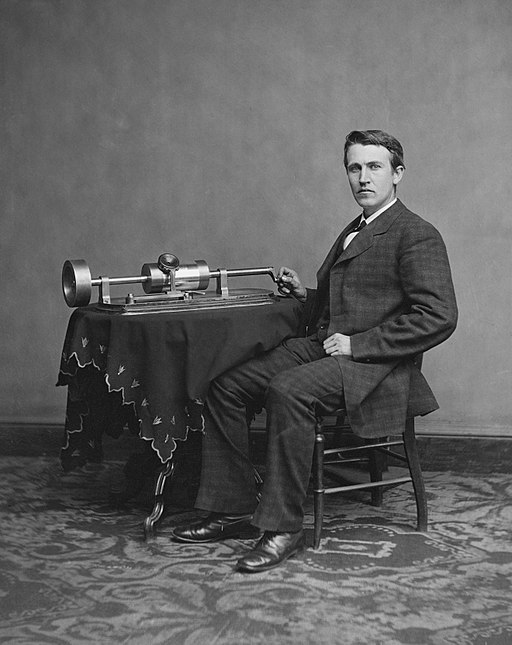 Edison: The Man Behind The Machines

Thomas Alva Edison was born in Milan, Ohio on February 11th 1847 to his parents Nancy Elliot Edison and Samuel Edison Jr. During his childhood, he developed hearing problems which were thought to have motivated him towards many of his inventions, including the carbon button transmitter used in early microphones and telephone speakers. His career began in 1863, while working as a telegrapher sending messages between the US and Canada. At the time the industry was just coming into its adolescence and society’s employment of electricity didn’t stretch beyond very low-voltage batteries, Edison began experimenting with ways to improve to telegraph and eventually dedicated all his time to inventing.

Over the next few decades Edison became one of the most influential American scientists of all time. Now a museum, the former Edison laboratory in Menlo park is credited as the world’s first industrial research lab and, by the time of his death, Edison held the world record for largest number of patents with 1093. He died a legend on the 18th of October 1931, in West Orange, New Jersey.

He is sometimes wrongly remembered as the “inventor” of electricity (a naturally occurring phenomenon of course) because he built the first high resistance incandescent light bulb in January 1879. Although the lamp only burned for a few hours, it is the blueprint on which today’s filament bulbs are based. It took Edison and his colleagues a further year to perfect the science, which mostly consisted of testing out different filament materials for longevity. It was during this process that he’s said to have written the phrase “genius is one percent inspiration and ninety-nine percent perspiration”.

Three years after his light bulb invention, Edison’s Illuminating Company launched the Edison Electric Light Station (later renamed as the Holborn Viaduct power station), the world’s first coal-fired, public-use power station in central London. Initially the station powered street lights in the area and some private residencies. The plant ran for four years and was running at a loss of profits when it closed in 1886. By then, the company’s second power plant in Pearl Street, Manhattan, was serving 508 customers with over 10,000 lamps.

More than just a pioneer of harnessing electricity, Edison invented many early iterations of appliances we rely on today, from motion picture equipment to mining technology. Despite all this, many believe that his most important contribution of all was the process of modern invention itself. He was the first to marry capitalist principles of mass-production with the 19th-century model of the lone inventor and did so successfully by employing and encouraging close collaboration between scientists, engineers, machinists and designers – the kind of teamwork that is now commonplace in most research facilities.